Queens Road was closed and residents evacuated after a major gas leak at the corner of Queens Road & Park Lane. It was caused when a valve was knocked of a major gas pipe during scheduled gas works to cut off the supply to part of the NPL.

Police, fire engines, ambulances and other utility vehicles were called to the scene due to the size of the leak and proximity to LGC (Laboratory of the Government Chemist).

From 3pm nearby residents were evacuated and not able to return home for several hours and were instead directed towards a nearby Salvation Army hall. The exclusion zone included Queens Road (from Broad Street to Park Road) and Park Lane and created traffic tailbacks until the area was given the all-clear at 6:30pm. 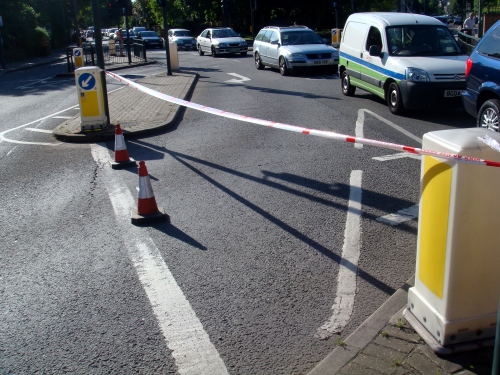