As part of the on-going restoration works in Bushy Park, the statue that sits on top of Diana Fountain is due to be removed on Monday 20th July (pm).

It isn’t known how heavy the 17th century stone statue is or how it is attached to the rest of the structure so the planned work may change according to these parameters. Once removed however it will be sent to Wandsworth for restoration.

The fish have already been moved and the pond around the fountain drained for the first time in its history – leaving workers free to clean and restore the feature to its former glory over the summer.

[Update] Some close-up photos of the statue – only now possible after it was encased in scaffolding.

[Update] Photos of the removal process and some detail of the restoration. 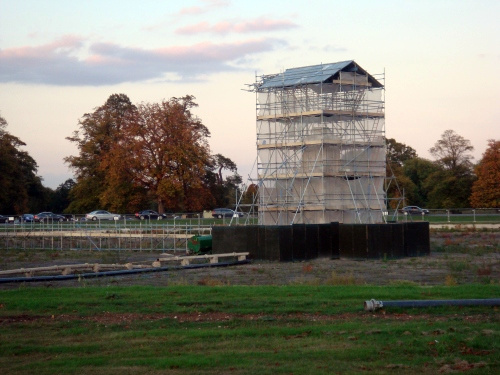