Breaking news: ministers have just given the go-ahead for the introduction of parking charges in for our local Royal Parks – much to the dismay of park users and campaigners. The charges will be as previously proposed – £1 and 50p an hour for Richmond and Bushy Park respectively.

Culture minister Margaret Hodge has given consent for the charges despite massive opposition from local residents with eight out of ten people opposing them.

Shadow minister for London Justine Greening commented “It’s going to ruin the park. The charges will be unaffordable for pensioners and families with children who need to bring their cars in with prams“. The fees which will help pay to maintain car parks and roads, will still require parliamentary approval if they are to be implemented later this year. 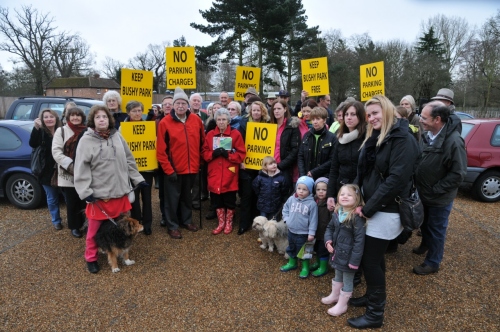 If you feel that the charges are unfair, you may want to join the mass rally to protest – this will be held in Richmond Park on the 30th of January and is being billed as a ‘non-political event’ with campaigners from different political parties joining forces to help the campaign.

The ‘Keep Bushy Park Free Alliance’ have their own site with more details: