The FA has withdrawn its objections to St Mary’s and Peter’s School expansion development after reviewing the updated plans. The FA’s full support is given in this letter where Dylan Evans writes “I feel the necessary changes have been made to protect the playing field for sport and football.”

The previous plans prompted many complaints from associations such as the FA, Sport England and the London Playing Fields Foundation citing that after the development the school would only have provided a quarter of the recommended playing field space.

The new plans have however still attracted many objections from parents and local residents who still fear that there is not enough playing space and are also concerned about access to the site. 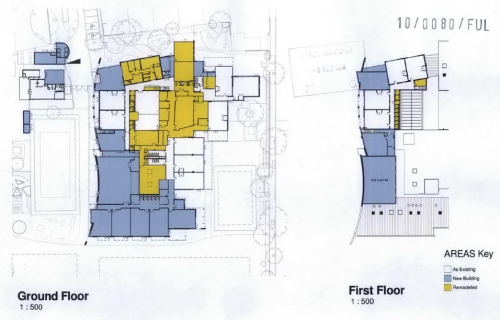 Meanwhile the various housing developments planned for North Teddington as part of the controversial ‘linked sites strategy’ are facing increasing opposition from residents who fear it will lead to ‘catastrophe’. Residents of already-crowded Railway Road are concerned that the removal of garages and addition of more houses will put unwanted strain on parking, with similar worries about the Strathmore Road and Somerset House plans adding more pressure on the area.

[Update] The plans have now been fully approved and work will begin this summer on the expansion project.