Teddington-based Mike Bryant has been providing specialist hypnotherapist and counselling to customers for nearly thirty years. He works with his patients for a variety of issues including bereavement, depression, lack of motivation/self-esteem, relationship problems, stress, anxiety, panic attacks and eating problems.

Natalie – a fan of teddingtontown went along for a hypnotherapy session just after Christmas and has kindly given us this write-up of her experience.

“I had wanted to give up smoking for ages and had tried patches, going cold turkey, gum, you name it – all with no success. So, when a friend of mine gave me a hypnotherapy session with Mike for Christmas I was happy to give it a go but at the same time I was also sceptical about the whole process.

I arrived at 11am on the dot as planned and was greeted by Mike and shown in to a welcoming room in his house. As lovely as Mike was I felt nervous and still very sceptical. Looking back I remember thinking to myself “this isn’t going to work”. I couldn’t have been more wrong!

The session started with Mike and I chatting and quickly I started feeling more relaxed. Mike then went on to give me an introduction to Hypnotism and then we started to talk about my (many) unsuccessful attempts to give up smoking previously. Why it didn’t work and what triggered the failures. All the while I still kept thinking “how is this going to help me give up!” 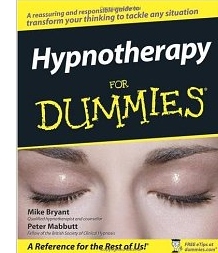 The really surprising part of the hour-long session was the actual hypnotherapy itself. I expected it to be like it is on TV with the old clichéd watch being waved slowly in front of my face, whilst the therapist put on a slow hypnotic voice. It was nothing like that – I didn’t feel like I was in a ‘trance’ or sleepy, nothing of the sort, in fact I felt pretty normal. At the end of the session Mike asked me how I felt and I said fine but really I was still a bit confused as to how this chat was going to help me stop smoking.

I refrained from having a cigarette for the rest of the afternoon and went to bed very early (was very tired that day). By that point I wasn’t still 100% sure the hypnotherapy had not worked, but at least I’d gone nearly a whole day of not smoking.

Morning arrived and I felt great. The best way I can describe it is that it’s like I simply forgot I had ever been a smoker. No cravings, no thoughts of cigarettes – I simply had no intention of smoking and when I saw others smoking throughout the day I really couldn’t understand why they needed to smoke because I certainly didn’t.

I smoked up to 20 a day for over 10 years. With Mike help it’s been over 6 weeks since I had a cigarette and I know I won’t ever want one again.”