The House of Lords today voted against scrapping the Royal Parks car-parking scheme for Bushy and Richmond Park today.

Instead a motion to ‘rethink’ the fees was introduced – an outcome seen as a disappointment by campaigners such as Friends of Bushy and Home Parks.

The hour-long sitting saw Lib Dems and Conservative peers argue against the scheme to keep parks free for drivers to visit, but in the end neither party could agree on any alternative to this.

The motion to scrap the charges was finally voted down by 48 votes to 71 – viewed as a defeat by campaigners who now find it difficult to see any other outcome other than the introduction of the charges now despite promises to rethink a solution.

Friends of Bushy and Home Parks chairman Pieter Morpurgo has promised to “fight on” against the proposals regardless. 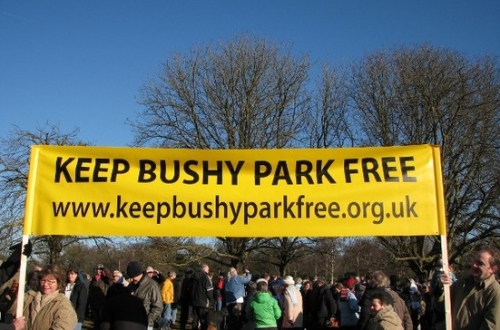 Local press are reporting on the political wrangling between parties that affected the vote outcome.

British Olympic athlete Jo Pavey has added her voice to the protests – explaining that she may be forced out of her training ground if the carges are introduced.