The old bricked-in ‘Clapperstile’ entrance into Bushy Park was yesterday opened up for the first time since 1934.

Developers agreed to re-open this old gate (which dates back to at least 1894) to re-instate this route into to the park as a condition of the new Admiralty Way estate development – originally submitted back in 1997. Currently the area surrounding it is only accessible to employees and members of the sports club.

This short-cut to the park has been delayed due to old buildings demolition, drainage and resurfacing works at the NPL site but will hopefully will be soon open again to the public – on the other side of the wall, an altered path and information boards are already installed. 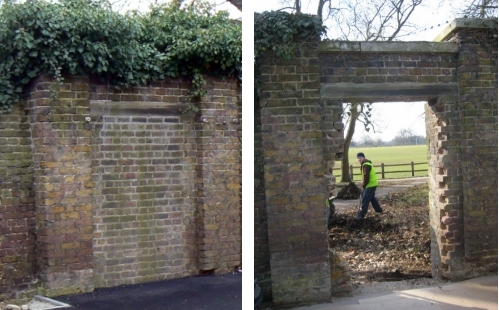