It’s certainly a time where air traffic has been on local residents minds. At the end of March, groups protesting against a third runway at Heathrow celebrated their court victory with a conga line at the airport. The surprise ruling means that the decision to expand the airport must now be reconsidered with respect to UK climate change policy – an embarrassing set-back for the government. Protesters are calling for an annual ‘day of silence’ to celebrate the clear skies and remind us how noisy our world has become.

The skies over the borough have remained eerily and unusually quiet for the fourth full day running now – together with a slowly moving area of high pressure we are being treated to perfectly clear skies unblemished by aircraft contrails. The weekend in particular was a great time to visit boroughs parks – particularly those nearer the lower flight paths such as Richmond Park and Kew Gardens that are almost constantly buzzed by planes taking off. 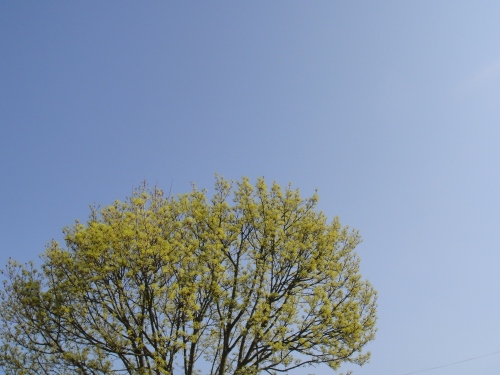 A perfect sky over Teddington

The unusual calm however belies the economic damage and personal difficulties for passengers stranded abroad and uncertain times for those with flights booked in the near future. Airlines are still only just recovering from the recession and face extreme financial strain as the disruption continues. The UK government has just announced plans to mobilise the Navy to help get the estimated 150,000 stranded UK passengers home.

Calls for a lift or relaxation of the ban from airlines and tour operators (let alone their passengers) are growing, but at midday Nato fighter jets suffered engine damage after flying through volcanic ash cloud.

Headmaster of Teddington School R T Weeks has posted a news update on his school’s website including the news that ten members of staff can’t currently get back to the UK and how timetables are slightly altered and staff are taking different classes to cover the gap until they can return.

How has the situation affected you or anyone you know?

One thought on “Empty skies over Teddington”