There is currently lots of charity sports action in the area – with many completed and planned sports events in Bushy Park this summer. Teddington is also the finishing post for some very different charity challenges.

Sports Lecturer Jason Arday has been running back-to-back marathons from Piccadilly Circus to Teddington and back again over the last month. Various supporters have joined him running and cycling some of the route including Shooting Stars director of fundraising. He smashed his £5,000 target over a week ago but you can still donate to honour this fantastic feat and help this great charity.

A group of 8 amateur swimmers are currently undertaking a non-stop relay along the Thames from the Costwolds and finishing at Teddington Lock today, racking up 3 days of constant swimming along 125 miles of river! 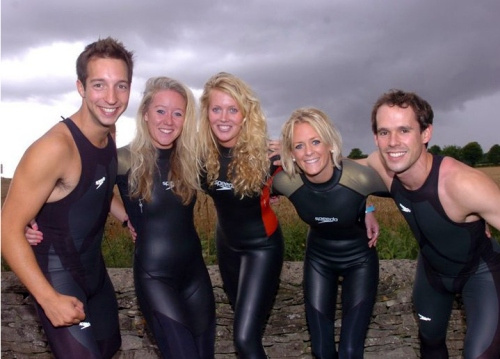 With hour-long shifts, this SwimForHeroes event is no mean feat raising a huge amount of money (currently over £14,000) to support wounded Armed Forces from the UK. After the final leg of the swim, the team (along with support houseboat) will head to the Barmy Arms in Twickenham for a celebratory party. 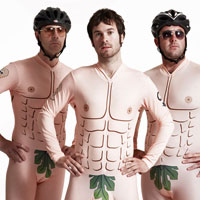 Destined to turn heads wherever they go, a group of seven ‘near naked’ cyclists have been cycling 100 miles a day for six days wearing these faux-naked suits in order to raise awareness and money for the Male Cancer Awareness Campaign

This blur or flesh-tones was seen speeding down the high street, past the Park Hotel and disappearing into Bushy Park on at 7pm on Monday the 16th to finish their naked journey.

A variety of specially created cheeky costumes and charity campaigns aim to grab attention and fight the culture of embarrassment that surrounds male health issues.

A husband and wife team from Teddington are currently competing in this years British Transplant Games in Bath along with 700 other transplant athletes.

Deborah Chudy will be competing in the tennis and 100m spring categories along with her husband who gave her the ultimate gift – a kidney in a life-saving operation in 2009.

Deborah has rediscovered her love of tennis and has been honing her tennis skills at NPL Sports tennis courts. Her husband, already a Kidney Research fund-raiser will be competing in the 5km run.

The games are held to raise the awareness of organ donation and the positive effect the scheme has on its recipients.

Don’t forget that today at 1pm in Bushy Park, Teddington meet Ealing in the National Club Championship cricket semi-finals. Pop in to the club house, grab a drink and support your local team! Currently the weather forecast looks at least not rainy so it could be good picnic weather to cheer on our boys.

[Update] Sadly Ealing’s fielding proved too strong for Teddington who didn’t managed to match the 202 total during their innings.