Malcolm Miatt was involved with Teddington Lifeboat Station from its inception and when it officially opened in January 2002 Malcolm and was appointed LOM (Lifeboat Operations Manager). Over the last decade Malcolm has been dedicated to the RNLI and kept the Lifeboat Station running as an essential part of the River Thames. The entire team at Teddington train and work on a voluntary basis. 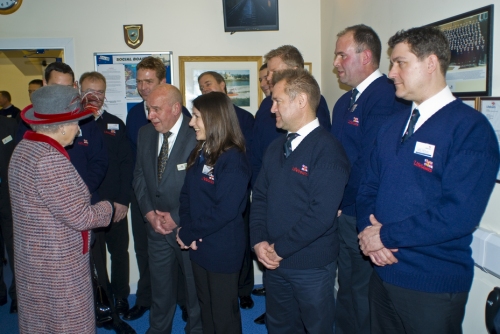 HRM The Queen talking with Malcolm Miatt in February.

In the last decade Teddington Lifeboat Station has been called into action nearly 500 times, saved 84 people and been at the forefront of river rescues and assisting the emergency services from Richmond up to Molesey Lock.In February of this year Malcolm and members of Teddington crew were invited to meet the Queen at Tower Lifeboat Station on the Thames. It was a momentous occasion for all. 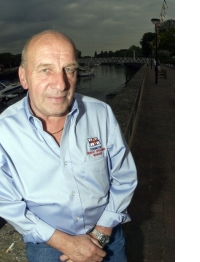 The RNLI, Teddington lifeboat crew and local residents would like to thank Mr Miatt for his years of dedicated service.

The new Lifeboat Operations Manager at Teddington will be Tim Ody from MAA Architects in nearby Ferry Road who hopes to continue the success of the Station.

Thinking about volunteering? More info can be found here.