Plans to turn Park House into a Travelodge hotel have been approved by Richmond Council.

This development is a big investment from the hotel chain – a 25 year lease will be signed which is much longer than most office-based companies commit to and a change in use that is strongly endorsed by local businesses who will benefit from increased trade.

In answering specific potential issues mentioned by neighbouring and concerned parties, the developers have said that transport/parking issues have been answered and many specific objection points actually related generally to services found in ‘full service’ hotels rather than those found in Travelodge budget hotels.

Also the redevelopment of the attached studio into a restaurant will remove the temptation for vandalism and attraction for skateboarders that regularly litter the area. 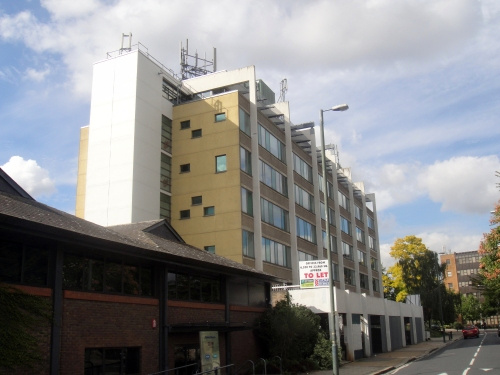 It is understood that the ageing building wouldn’t have had this investment and modernisation if it continued as office space and almost certainly would have joined the growing list of offices in the area needing tenants after the current ones move out in December. Much of the building hasn’t changed much since it was built in the 1960’s (previously a Barclays training centre).

Similar hotel plans are appearing in and around London in the run up to the 2012 Olympics. Travelodge UK property director Tony O’Brien: “The Teddington hotel is a perfect example of our growth strategy in the capital. Despite London being one of the most popular business and leisure destinations in the world, the suburbs have a severe lack of rooms.

“Locations such as Teddington are perfect for us and I have no doubt this will quickly become of our strongest performers in London.”