To most people living in the suburbs, foxes are a rare sight and the only real problem caused by them is noise disturbance at late nights in winter and summer – these are either mating calls or territorial disputes or cubs battling it out to be top dog (or fox!).

Richmond Borough has available information on foxes – unlike rats and mice, there is no statutory duty to deal with foxes – they are not vermin and art part of our urban wildlife. Residents are given advice and encouraged to adopt humane solutions and deterrence to any fox problems they have. 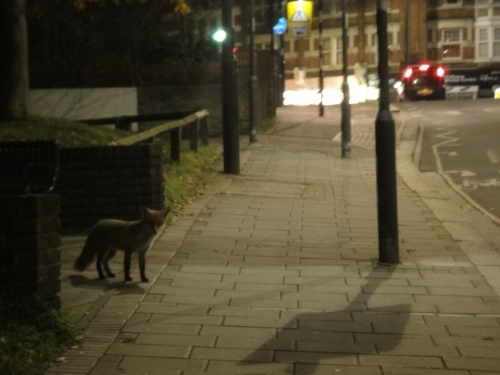 Although the Council’s own advice leaflet states that humans and large pets are rarely at risk from foxes, residents cats have been attacked recently by one particularly audacious pack of three foxes that inhabit areas near Elleray Hall and the depot building in the smaller car park at the back of Tesco.

Cats and birds (mostly pigeons) have been killed in attacks where the pack have been cornering their victims (sometimes in daylight) and have been seen running off with the bodies. A solution to this particular problem is being looked at but in the meantime nearby residents might want to keep a closer eye on their pets – also smaller ones such as rabbits and guinea pigs that are kept in gardens. 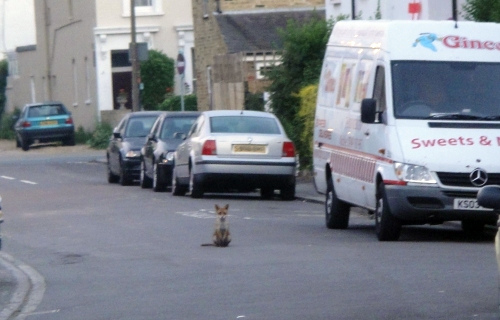 Foxes are being seen in greater numbers and more unusual & busy locations in Teddington lately – due to larger breeding numbers and going further-afield to look for food.

Foxes usually stick to scavenging from rubbish bins and bags – if foxes are causing issues in your area then keeping rubbish out of their reach where possible is the best way to keep them away from your property. Try to leave bins out no earlier than the night before collection and if needed before this, use bins with lids.

12 thoughts on “Foxes on the prowl”