Not content with being promoted to the London leagues, Teddington RFU are to return to Twickenham next weekend to fight for the national crown of the Senior Vase knock-out competition.

Teddington RFU is notching up an impressive list of accolades – 5 promotions in 6 years, winning the Junior Vase last year, bagging Rugby World’s British & European Team of The Year 2010, a 61 match unbeaten run which helped them dominate and win the London Three South West trophy and now a chance at winning the Senior Vase the first time they are competing in this competition. 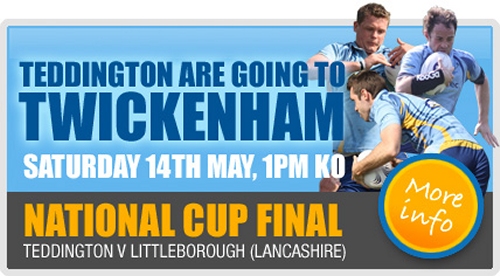 After wrapping up the league title by mid-March the attentions of the players and coach Giselle Mather then turned to the National Cup and the opportunity of reaching another legendary Twickenham Final.

Club chairman Gareth Cross is hoping that a strong crowd join them at Twickenham as they did last year to bolster their chances by cheering them on. Hopefully celebrations will again follow at an after-match party in the Cabbage Patch, Twickenham.

Fans can buy cup-final t-shirts next Saturday and the deadline for match tickets is this Sunday 8th May. Tickets for the final on Sunday 15th May are Adults £5 Children £2 (age 15 and under) contact club-chairman@teddingtonrfc.co.uk for more details. 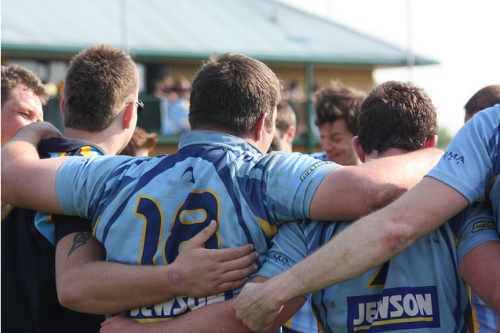