Work has now begun on the plot of land on Park Road (next to St John’s Ambulance building).

Richmond Housing Partnership will be developing this area for affordable housing with six three bedroom townhouses on this site.

Originally submitted in 2007, planning permission was originally refused after appeals from local residents and the Teddington Society – the site remained empty until now. 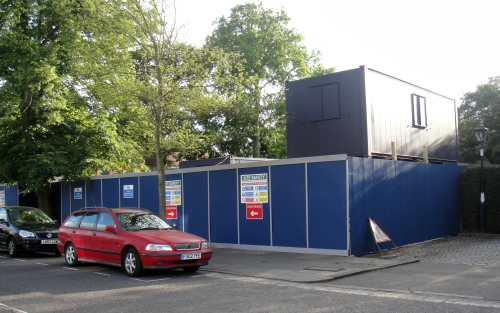 The Park House Travelodge plan was originally to include offices above a ground floor restaurant in the demolished & rebuilt side-building. Developers have now applied for altered plans that if agreed will see residential use instead of offices – 9 flats in a structure with terracotta cladding.
[Update] this amendment has been refused permission due to “loss of employment land” and “increased burden on transport, health and education infrastructure and services in the locality“. 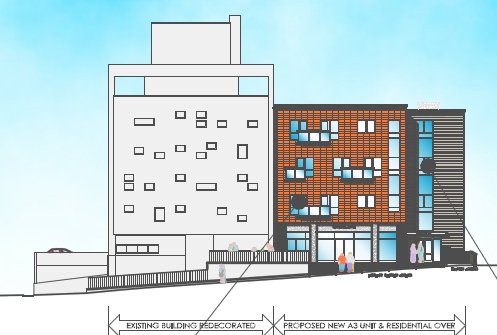 Also this week the owner of Somerset House this week sold the property for £3.9m in advance of plans to turn the site into 62 new houses.