Despite being only Teddington RFU’s first year in the London SW3 Divisional League they are celebrating for the second year running – winning the Senior Vase and earning promotion to the London SW2 league.

Their trip to Twickenham saw them dominate Littleborough to a 42-8 win in the Senior Vase Final to the delight of the loyal but loud supporters who made the trip.

The team stats are impressive – an unbeaten run of 62 games that has lasted since April 2009 and promotions in four out of the last five seasons.

Early penalties saw the first scores on the board, with seven following tries throughout the game from Tom Doran, Matthew Jones, Joe Swanson, Henry Kirchner and Jonathan Dickson.

Head coach Giselle Mather was interviewed recently on BBC London radio – you can hear her thoughts on the club’s success here (47 minutes in). The win was also reported on in the Rugby Times. Congratulations Antlers – you’re doing us all proud! 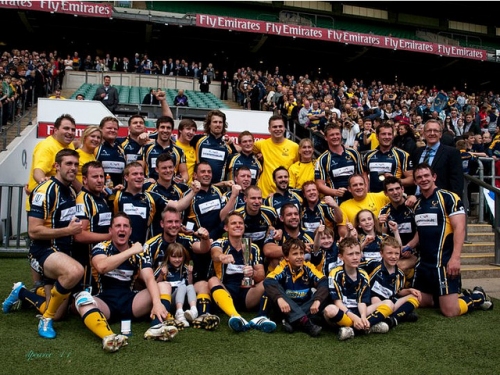