Borough residents have been sent more detailed information about the London-Surrey Cycle Classic race that will take place on Sunday 14th August 2011.

140 world-class international cyclists will be speeding along the 140km long route that will be used during next year’s London Olympics. The Olympic organising committee has been working with Richmond Borough Council, TFL, the emergency services and Royal Parks to ensure the minimum of impact will be experienced by residents whilst racing fans can enjoy watching the event itself. 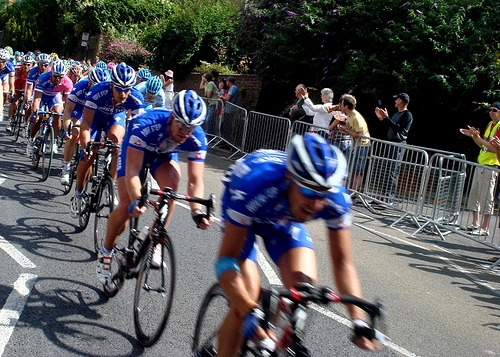 Since the initial letter was distributed, considerable discussions have taken place with Richmond Council to minimise disruption to residents and businesses. Roads will close on the Sunday from 4-6am and start to re-open at 11:30am – this is expected to impact on traffic over a wide area. Approximately 1,000 roads will be closed and 80km of barriers put up along the route.

Hampton Court bridge and Kingston Bridge will remain closed until approximately 3pm due to the race following this route on the return journey. Bushy and Richmond Park will closed to traffic as usual on Saturday night and not re-open until Monday morning. Pedestrians and race-watchers will be welcome along the route and in the parks – estimated to be passing through Teddington at 9:30am and returning to Hampton Court by 11am. 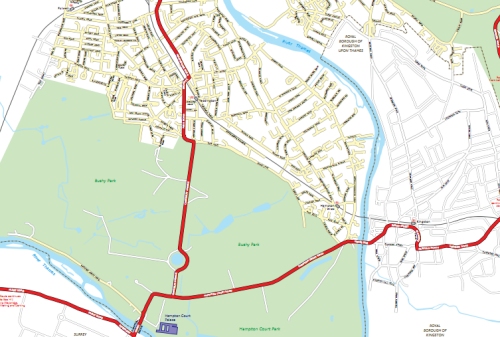 During the road closures there will be marshalled limited crossing points for pedestrians and traffic. Journeys usually made by bus or car should be made by alternative methods where possible on the day. Some bus routes will have diversions in place whilst others may not run at all. In addition to road closures, cars won’t be able to park on the race route roads themselves after 6:30pm on Saturday night (13th August).

If you wish to find out more information about this event, a drop-in session is being held at Teddington Train station on Tuesday 26th July 2011 (4:30-7:30pm).