Boards went up around Somerset House site recently to start work on demolition to pave way for the new controversial development. The site was recently sold for £3.9m in advance of plans to turn the site into 62 modern and eye-catching homes.

Phone users in the area however have been reporting issues with their phone signal over the last week, particularly with O2 and Three networks leading to loss of data service and in some cases completely no phone signal at all. One such user got in touch with Three and was told that the issue is being caused by the demolition of phone masts on Somerset House and that this will continue for at least another week yet. 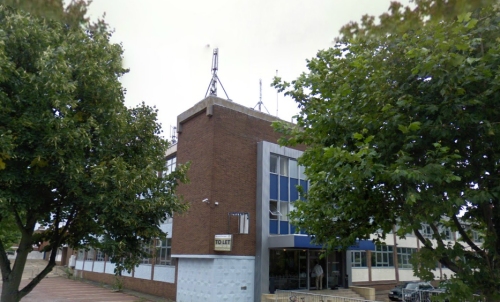 The recent change of use to Travelodge’s attached side-building plans (from offices to residential) were refused due to “loss of employment land” and “increased burden on transport, health and education infrastructure and services in the locality” – all concerns expressed also about the Somerset House development. The re-submitted Garden Centre redevelopment plans have also been recently refused permission. 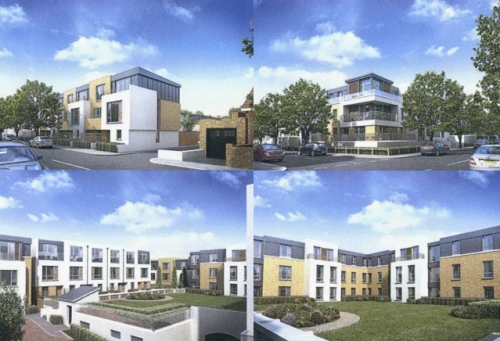 Artist impression of the completed development

Other local mobile phone masts have been in the news recently – peaceful protests stopped a project to install new masts on the roof of Traherne Lodge, Sutherland Grove (just off Stanley Road). Concerned residents who live in and around these flats were worried that the T-Mobile masts could affect their health.

A lorry was used to block the installation and RHP and T-Mobile agreed to postpone the project until concerns had been heard. Residents have said that no consultation had taken place and instead, a letter a week before the work was their first notice.

A project to replace an existing church flagpole with a communications mast has led to similar objections in Barnes.

[Update 03/11/2011] It appears that the Taherne Lodge mast was to replace the Somerset House one(s) in advance of this demolition. As this has been halted by t he protest, O2 and Three are now looking for alternatives to cover the area now with bad phone signal. If you have had issues with coverage  in the last few weeks you can add your details to this editable map so we can get a clearer picture of the area effected.