If you have needed to get from one end of Teddington to the other by car or bus recently you will already know that this has sounded easier in practice than reality.

In order to carry out planned work on behalf of Thames Water, some roads have been reduced to one lane in places temporary traffic lights have been put in place. Tales of woe have been passed around telling tales of taking 20 minutes to move 20 metres – central Teddington has been choked with slow traffic due to this work. 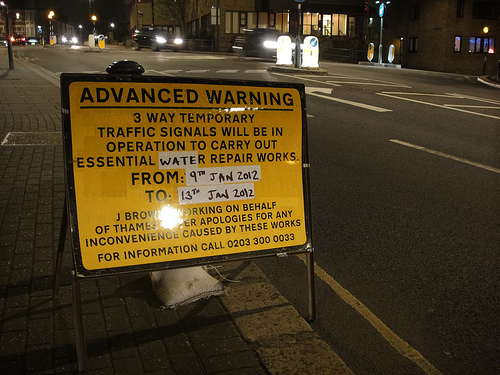 Although the work on Broad Street has now completed, road users will also experience similar delays this week when further work will be carried on High Street from the 16th-20th January.

Nearby roads have also been affected by long-term road works which started last week on the A308 (Upper Sunbury Road) – these will continue until April. Bushy Park has also been particularly busy at weekends and traffic build-up has been noticeable along Chestnut Avenue too. 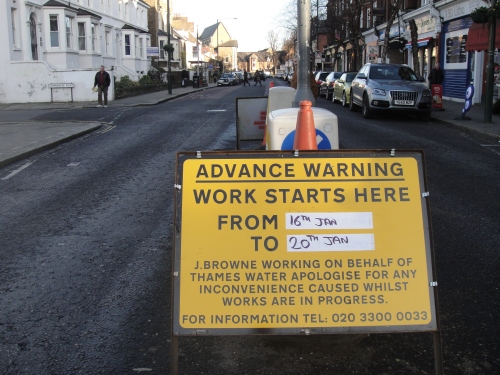 Some concerned residents have noticed that this work also starts very early in the morning – particularly this Sunday where the sound of drills started at 8am.

This work is not to be confused with at least one emergency water main repairs – one in particular spectacular leak in Elfin Grove occurred near Cafe Nero which is currently being completely refurbished along with a re-designed garden and patio area.