The Wharf have a new seasonal menu just arrived and a packed calendar of events coming up starting with a 4 course dinner & wine masterclass with Master of Wine Adrian Garforth this Friday. The new seasonal menu includes Jersey Royals, asparagus, grass and heather fed lamb alongside samphire and rock oysters from Maldon and a selection of new vegetarian dishes.

Their ‘Best of British’ Diamond Jubilee Celebrations include a Soul & Blues Night on Friday 1st June and The Big Jubilee Lunch with Jazz on Sunday 3rd June – participating in the fourth year of the nationwide “Big Lunch”. Their nostalgic 50’s menu of family favourites (3rd-8th June) is all based on British produce and classics such as prawn cocktail, fish and chips with mushy peas, steak and London Pride pie and of course the entirely appropriate Coronation Chicken.

Throughout the week The Wharf will be supporting Shooting Star Chase’s Hampton Children’s Hospice with a ‘Best of British’ Prize Draw. Oodles of bunting will decorate the restaurant to enhance the atmosphere. 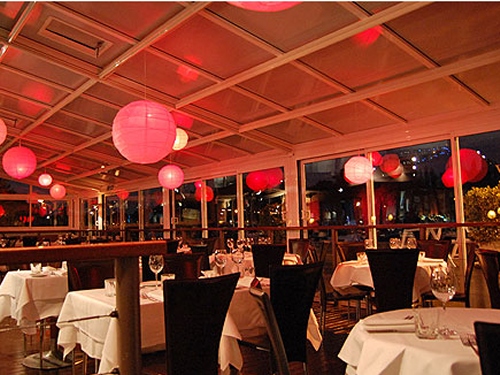 Moiduls Indian restaurant has hit the high street with a bang! The opening night on Thursday was clearly the place to be – the restaurant was packed with crowds sampling the Indian tapas menu and being serenaded by entertainer Paul Weaver who switched between Elvis, Tom Jones, Rod Stewart and Tina Turner! The party spilled out on to the street and there are unconfirmed reports that a conga line may have formed at one point.

Diners were impressed with the food and with the restaurant which has had a glamorous make-over to suit the new cuisine. So impressed in fact that the following night (official opening night) was fully booked. 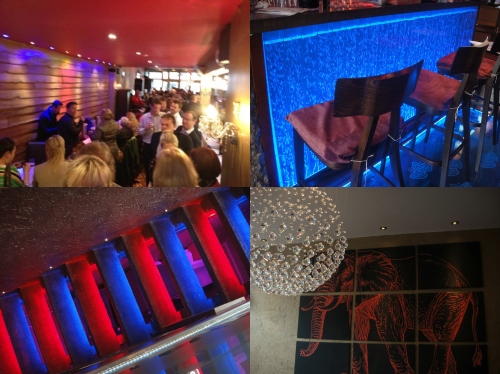 Al Borgo recently launched their new season menu that adds to their reputation for fine Italian food. This includes pan-fried scallops with mushrooms, speck and puff pastry parcel stuffed with scamorza cheese, home-made potato gnocchi with sun-dried tomato pesto and buffalo mozzarella and for dessert Zabaglione flavoured Panna Cotta with a wild berry sauce Their set-dinner menu is still as popular as ever at £17 for 2 courses and 3 for £21. 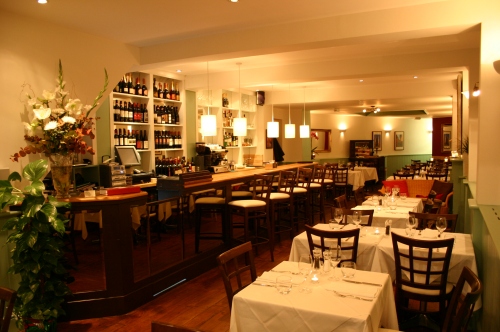 Shambles have their first batch of summer truffles on their specials menu and shouldn’t be missed – this also recently included scrambled duck eggs on toast and grilled squid with garlic. Once the weather finally clears up, don’t forget that you can enjoy the sun in their leafy garden for breakfast, lunch or dinner (also Sunday roast dinners).