Based (loosely) on the 1940s BBC Radio series, this action comedy finds our hero fighting the evil foreigners intent on taking over Britain with doped tea!

This award winning comedy, first produced at the Croydon Warehouse Factory, was heralded as the complete antidote to pantomime! With a cast of 6 playing 30 roles there’s no time to relax. Can Barton save the day? Will he appear in the right costume….?

This special event is FREE for ticket holders of that evening’s performance. 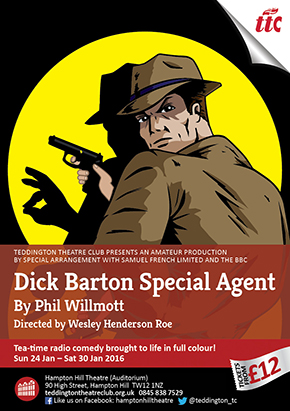