On Sunday 3rd August, Caroline Doughty Smith, founder of Do Events Limited tweeted Theo Paphitis during ‘Small Business Sunday’, an initiative set up by the Dragon’s Den star that runs weekly. Caroline’s tweet was chosen by the businessman who retweeted it to his nearly half a million twitter followers.

Caroline had tried for many weeks on a Sunday evening between 5pm and 7.30pm to catch Theo’s attention on Twitter – using 140 characters, always with the hashtag #SBS, but with no luck. Finally on Sunday 3rd August 2015 – to her disbelief Theo rewarded Caroline’s tenacity and retweeted the tweet to his 450,000+
followers! “@TheoPaphitis We are a home grown Event & Party planning company based in #Teddington #SBS”

As a result of the tweet, Do Events saw an instant boost in twitter followers and enquiries for Party & Event Planning and Styling. Do Events are also now profiled on www.theopaphitissbs.com, a website exclusive to Small Business Sunday winners. 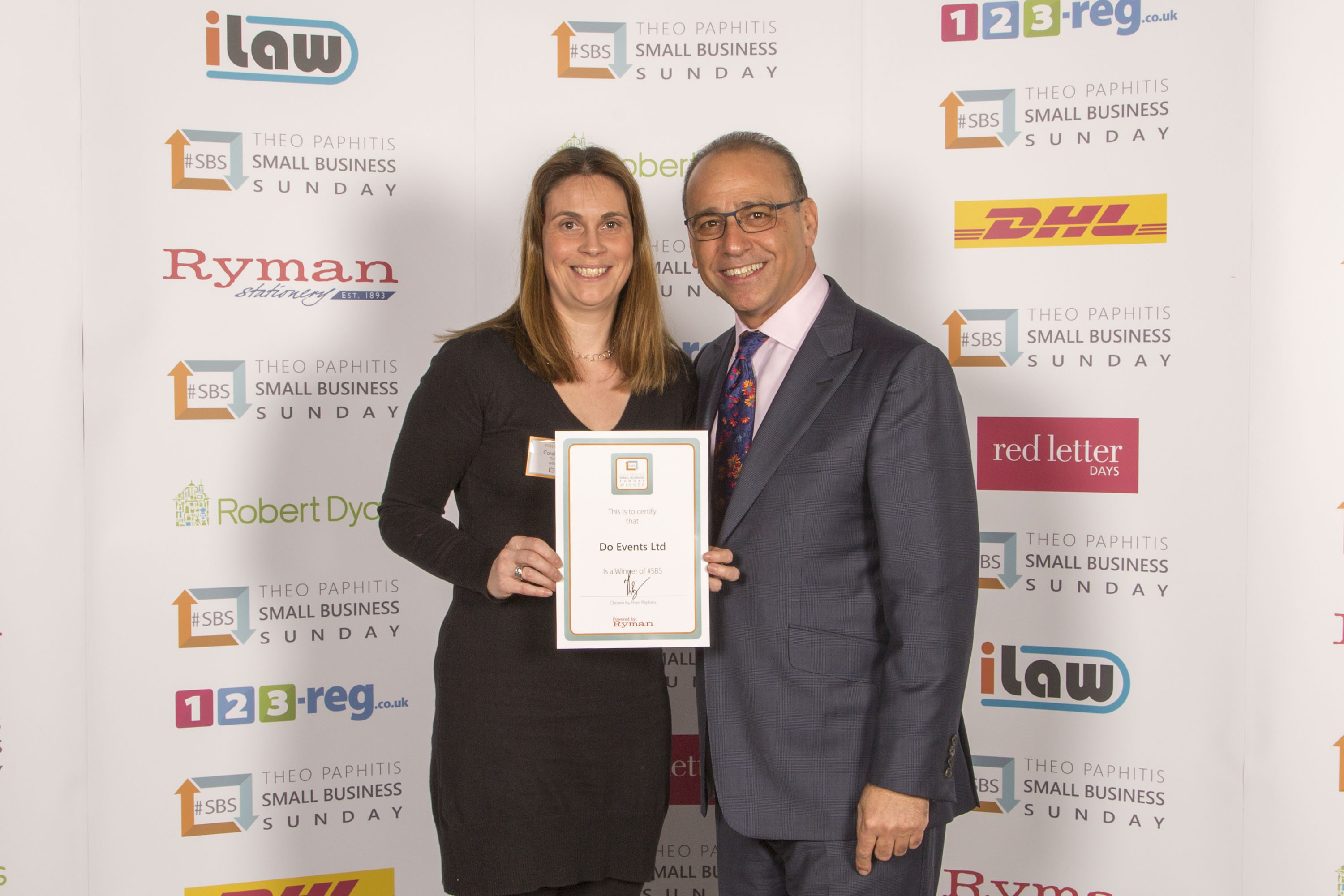 Caroline Smith said, “I launched Do Events in September 2010, deciding to go it alone following a career in Events within TV and the Creative Industries. I have seen the company grow year on year and I have had so much support locally. This boost came at the right time and raised my profile across the twitter community in London, the South East and Nationally. Being part of SBS is brilliant opportunity. Last Friday Caroline
travelled to Birmingham ICC to attend the SBS Event 2016. A free to attend event held for SBS Winners. An inspirational Question Time Panel included UKTI Business Ambassador and Co-founder of Not on The High Street – Holly Tucker MBE, Mike Pickles from The Really Useful Box Company and Theo Paphitis. SBS Winners asked the panel questions from the floor, gaining insightful business tips and guidance on how to grow their companies. As Theo said – over half of all small businesses fail in their first 2 years – but the ones that succeed are the ones driven by people who believe in what they set out to achieve no matter what. Winning the #SBS Small Business Sunday Award reminded Founder Caroline why she had launched Do
Events in 2010 and made her realise just how far Do Events from Teddington had come.” 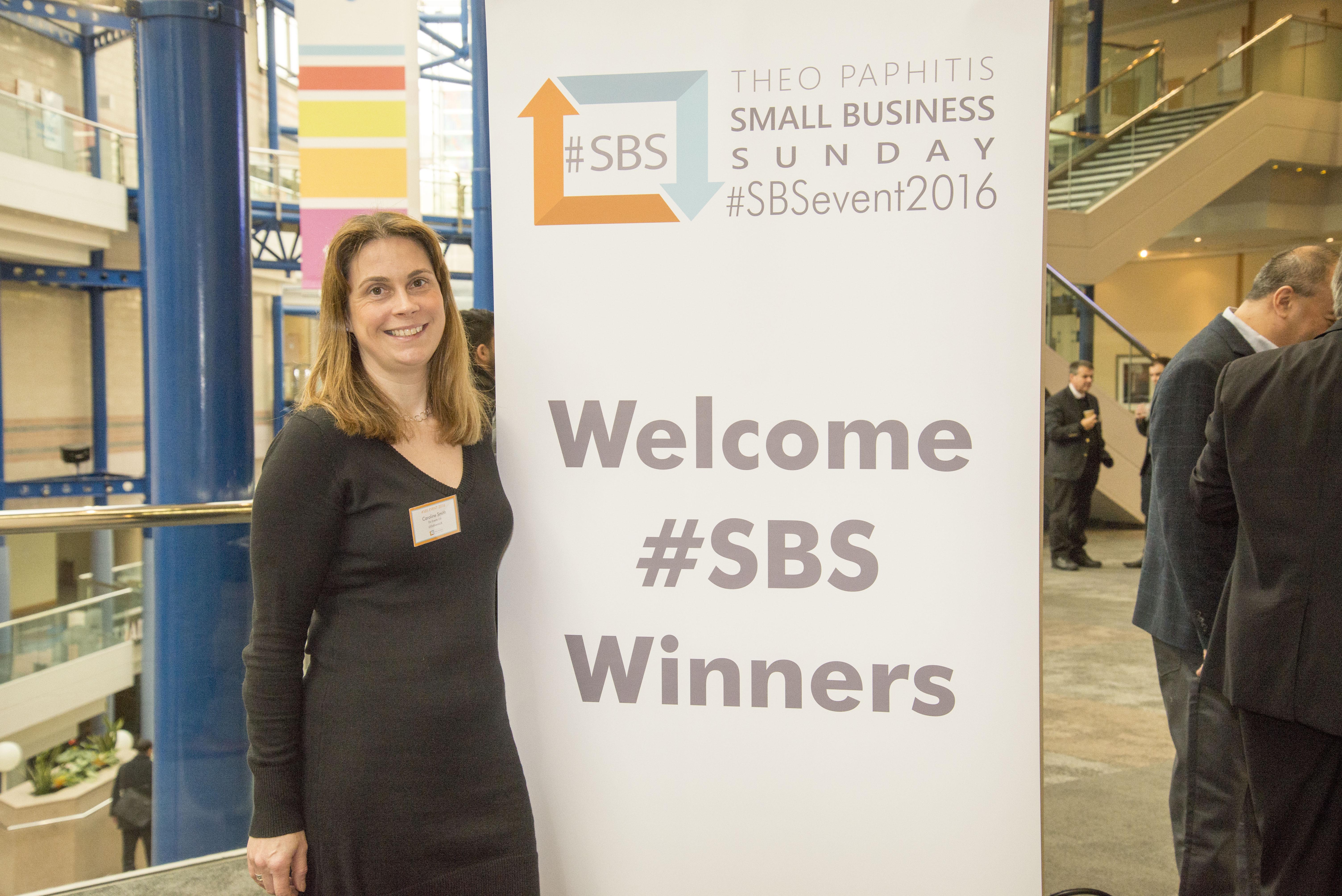 Caroline was then awarded wit her #SBS Winners Certificate by Theo Paphitis himself. Read more about Caroline’s #SBS Winners journey on her Blog: www.do-events.co.uk/do-events-sbs-winners/

Champion of small businesses, Theo Paphitis created Small Business Sunday, shortened to the hashtag #SBS on Twitter in 2010. Every Sunday between 5pm and 7:30pm small business are invited to tweet the multimillion businessman (@theopaphitis) with a description of their business, including the all-important
hashtag #SBS. All the tweets are reviewed by Theo and he chooses his six favourite to retweet on Monday at 8pm, making them a #SBS winner.

Find out more about Do Events