After three hugely successful series of Lee Nelson on the BBC, multiple TV appearances (Live at the Apollo, Sunday Night at The Palladium, C4’s Comedy Gala), and several world-famous stunts on the likes of Donald Trump, Kanye West & Sepp Blatter, Simon unveils his funniest persona yet; himself. In this highly-anticipated ‘debut’ show, the award-winning, critically-acclaimed comedian takes us from his childhood growing up on the mean streets of Hampstead Village, to his adulthood as a failed doctor, inept parent and fairly rubbish Jew. “Prodigious talent” The Times; “Satire so sharp you could slash a tyre with it” Daily Telegraph; “Get him out” Donald Trump 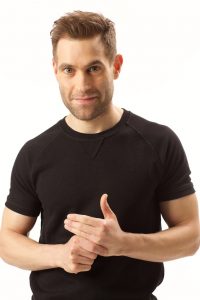