The £4 million Health and Social Care Centre on Queens Road has been officially opened by Princess Alexandra.

The centre adds more valuable, modern facilities and skilled staff to the area and compliments other valuable services on the site such as the Walk-In centre for minor injuries. The rebuild and upgrade was paid for by a government award to NHS Richmond whereas funding for the Memorial Hospital is helped greatly by the tireless work of League of Friends who volunteer for various projects and have raised approximately £7 million over the last 20 years. Their latest drive is to raise £35,000 for a high-tech Pathology service to speed up the results from blood tests. 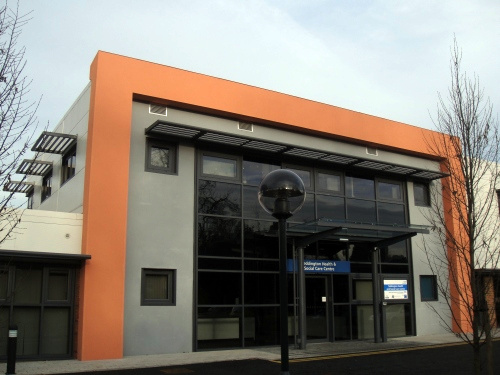 The hospital had an uncertain future at one point but the NHS is switching emphasis away from larger costly hospitals towards smaller health centres based within communities. The Teddington centre is seen as a great success within the scheme – reducing the need for ambulance trips, taking additional strain from larger hospital casualty units as well as carrying out tests and screenings that would have previously only been available at larger hospitals. Due to this success the walk-in centre has now extended its opening hours and operates until 10pm on weekdays, 9pm at the weekend.