Quite often businesses move into locations, complete work then apply for permission to carry this out. Recently there have been some prominent planning applications rejected or altered due to members of the public and the Teddington Society highlighting concerns.

Tile Depot moved into the vacant space near some of Teddington’s oldest and most beloved buildings and churches, installing shop signs that residents and ultimately Richmond Council concluded were in breach of planning guidelines: too large and not in keeping with the conservation area in which the building resides. The shop now has the signs removed until new smaller ones are installed, but it also appears as though the building lease is now for sale. 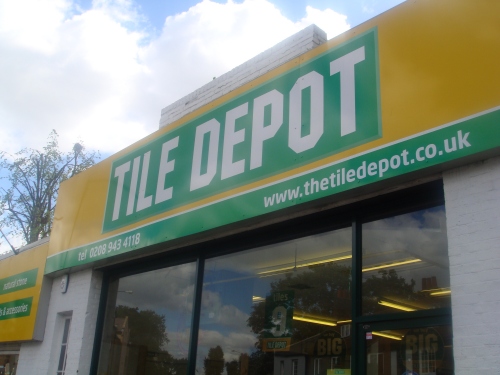 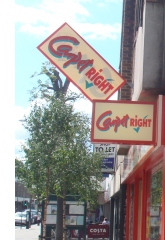 Another chain – this time Carpet Right also carried out a refit before applying for planning permission. Many residents objected to the shop frontage and flagpole. Prompted by these complaints, the retrospective planning permission received a split-decision with the flagpole sign deemed “out of keeping with the surrounding street scene, providing excessive visual cluttering”.

Kou Kou Bar was granted a late license a year ago which recently expired. The requested renewal has just been refused due to overwhelming objections from nearby residents (mainly in Church Lane) on the grounds of late-night noise pollution from music, revellers outside the bar and problems associated with drinkers leaving after closing time.

Richmond Council take a dim view of works taken out before planning permission has been granted but don’t assume that this means that the permission won’t eventually be given after the fact – as with the controversial method in which Subway takeaway was installed.