Weirs are created to manage water levels and reduce flood risk but environmental activists say can also be used to generate energy and help tackle climate change and help reduce the impact of energy crises.

Teddington has one of three weirs (out of a total of 44) on the Thames that is being considering by the Environment Agency to harness the power of the river using the renewable energy source of hydropower wherever it is feasible.

Although only generating power on a small-scale, these pilot schemes will provide good case studies for larger scale future developments. Another scheme at Romney Weir at Windsor is planned to be operational by the end of this year.

The EA won’t develop these sites itself but instead offer the work out to tender for developers to submit plans. 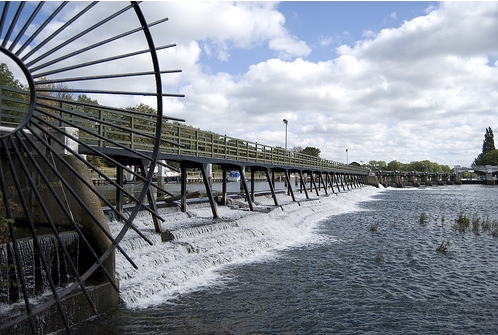