Details of strange occurrences at Teddington Studios are listed here on www.ghostdatabase.co.uk.

After Auction World set up at the studios in 2001, staff experienced many strange and unexplained events including orbs of light, whispering voices, doors jamming for minutes at a time. One particular event included all studio doors jamming shut for two minutes during a live broadcast. More anecdotal text about strange incidents experienced by audience members and workers can be found on the TV Studio History site.

Lighting fixtures and scenery occasionally fall on to the stage and unexplained cold spots turn up where no drafts are present. Staff also complain of cold rooms even when they are heated. Could any of this simply be down to the age of the classic studios? These days, studio audiences are asked politely to turn their mobile phones and other electronic devices off during shows to avoid them interfering with sound recording. Perhaps some of this high-tech equipment has captured some of these unexplained noises but I’m sure staff wouldn’t want to scare away the valuable and loyal audiences that tour the country witnessing the birth of TV shows. 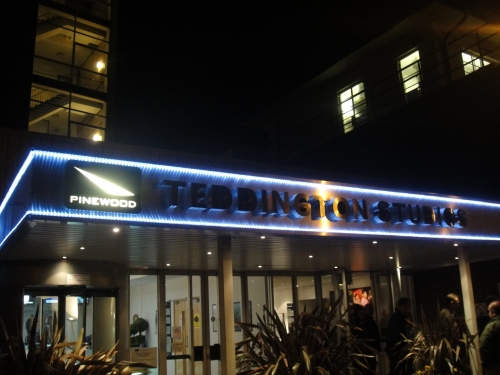 Some theories are also put forward about the origin of the paranormal activity – one is that the ghosts may be connected to the three workers (including the studio manager at the time) killed during WWII when the studios were hit by a V1 flying bomb, igniting diesel tanks and starting a devastating fire.