This Sunday at Teddington Lock, the 70th anniversary of the rescue of forces from Dunkirk in WWII will be commemorated in a ceremony attended by Prince Michael of Kent (Honorary Admiral of the Association of Dunkirk Little Ships) who will unveil a new memorial at 3:30pm to honour the part that Teddington’s boats played in this operation.

“Operation Dynamo” called on the people of Britain to help evacuate the hundreds of thousands of stranded troops in France that were forced to retreat from the might of the advancing German army. Seaworthy boats that were “anything over 30ft with a flat bottom that will float” were requisitioned, stripped of essentials and sent towards France to form a massive 700 strong impromptu armada nicknamed the “Dunkirk Little Ships” which rescued troops from the beaches over ten days in May 1940.

On the final day of this evacuation Winston Churchill left us with the unforgettable “we shall fight them on the beaches” line as a war cry to the German forces they had just escaped from.

The evacuation story is also told in the film Dunkirk starring John Mills and a young Richard Attenborough. Details of the planned flotilla are explained to the backdrop of Douglas Tough’s boatyard, Teddington Lock, the foot bridge and even one unhappy boat owner seeing his boat being requisitioned on this stretch of the river.

100 boats were launched from Teddington and you can find a picture of the scene that greeted them on the other side of the channel on the sign hanging outside the Tide End Cottage pub. 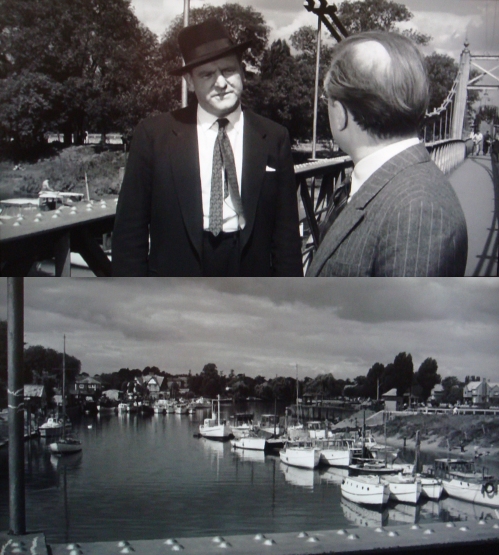 This selfless (and enforced) action helped keep Britain in the war is detailed in this Times article along with some entertaining stories including how one private launch was seized whilst the owner was out shopping and a dog found aboard another was sent back to its owners from Ramsgate with its address printed on its collar!

A flotilla of boats that will include some of the surviving Dunkirk Little Ships will travel from Ham House to Teddington Lock, carrying the Mayor of Richmond as well as members of the Tough family to the ceremony. Please note that only invited guests and press will be able to view the ceremony on the Lock island itself.

Celebrations will continue on May the 27th when 50 of the original ships will sail from Ramsgate to Dunkirk escorted by Royal Navy warships and including a flypast from a Hurricane, Spitfire and Lancaster.