Despite only having been given the green light in December, parking charges for Bushy and Richmond Park look certain to be scrapped.

The Department for Culture, Media and Sport has confirmed the intention to transfer management of all Royal Parks over the Mayor of London who has asserted that the fees would not be introduced while Boris Johnson is in office.

He believes that the parks are an important historical resources and must be kept accessible for all Londoners. His office has added that charges would only ever be introduced “if it had the backing of Londoners” so given the results of the public consultation this is extremely unlikely unless opinions change drastically. 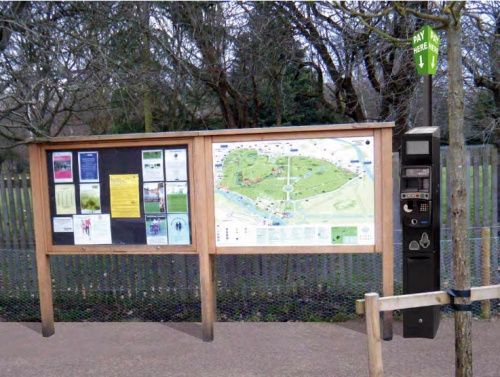 Mockup of how the pay & display machines would have looked

The transfer of management will become official with the state opening by the Queen on Tuesday. Both Richmond Park’s new MP Zac Goldsmith and Lib-Dem for Twickenham Vince Cable are both very public opponents to the charges and have said that the application for planning permission is now a futile act.

Friends of Bushy and Home Parks chairman Pieter Morpurgo is asking campaigners not to stop their fight until the decision becomes official and to still register their objections on the planning application pages.