A list of the ten most threatened buildings in England and Wales has been published by the Victorian Society that includes Teddington’s Normansfield Hospital.

The Grade II Listed hospital buildings, built from 1866 to care for mentally handicapped children have been in a state of disrepair for many years now and have suffered from vandalism and general theft and damage from people living on site.

The roof in particular has suffered from the removal of lead and roof tiles – enabling severe water damage, damp and rot in many areas. Other items removed include fireplaces, switches and mouldings. 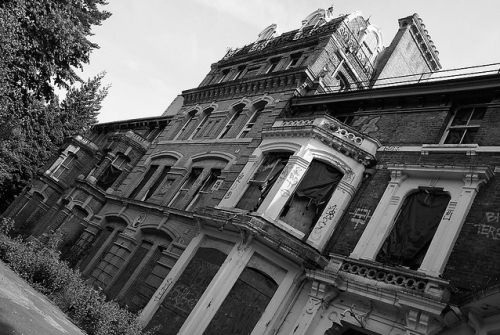 The buildings are also on the English Heritage’s “At Risk” register (as Strawberry Hill House was previously) which has led to a request for an “Urgent Works Notice” and grant application to save the site. 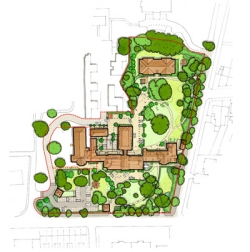 By the early 1990’s, the hospital became part of the Richmond Twickenham and Roehampton Healthcare NHS Trust but it closed in 2000 and the site was sold to developers with hopes of turning the existing buildings into further residences for guests with learning disabilities, hotel, restaurant and bar – all in addition to the new flats created on the site that now form Langdon Park.

However a hotel operator to take the project on wasn’t found and revised plans in 2007 that factor in recent damage now only include residential use. 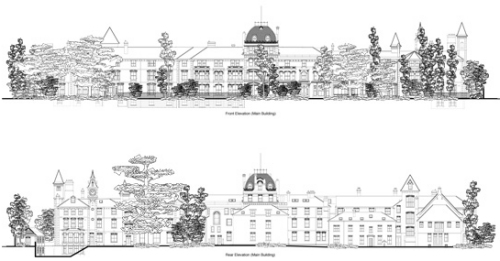 [Update] As mentioned in comments below, English Heritage (current owners) have agreed a deal with developers to convert the building into flats – work has already started on this huge project starting with securing the building to prevent further damage.