Transport Minister Theresa Villiers announced today that passengers using South West Trains (SWT) will soon be able to enjoy more convenient journeys in the future because it has finally bowed to political and public pressure to fully integrate with the TFL’s Oyster card system.

From May 2011, passengers will be able to top-up and purchase journeys from all SWT stations in the London Travelcard area. Transport Minister Theresa Villiers:
“Today I am delighted to announce that all ticket machines for South West Trains in the London area network will be fitted with equipment to sell Oyster top ups, making it easier for passengers to pay.

“This is great news for all passengers travelling on the capital’s rail network, especially thousands of commuters who use South West Trains before transferring to the London Underground.”

It is believed that new equipment will be fitted to ticket machines using an existing budget that SWT has committed to spending to upgrade stations on its network under its franchise agreement with TFL. There is no indication that this additional cost to SWT will mean that other improvements will be affected. 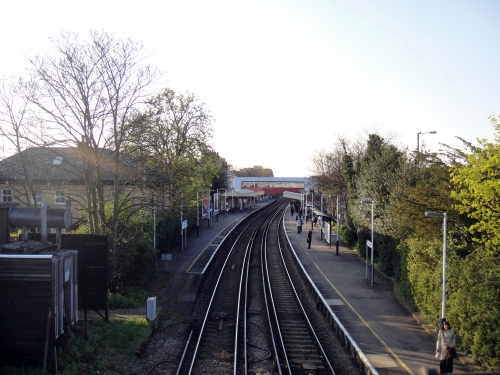 At Teddington Station itself, improvement works to the electric substation designed to improve the power supply to the railway will begin near the start of December and continue until early January 2011. Dates may soon also be available for replacement of the controversial fencing and bridge repairs (subject to budget confirmation).