The brief blizzard yesterday left enough snow to create an ice-sheet that caught some drivers unaware – one knocking down a lamppost at the corner of Cromwell Road & Langham Road (via natpryce).

Today’s intense and more prolonged snowfall has created a winter wonderland in Bushy Park – sledges are being dragged out for the day and snowmen are starting to appear on the cricket and rugby pitches, and also park benches! 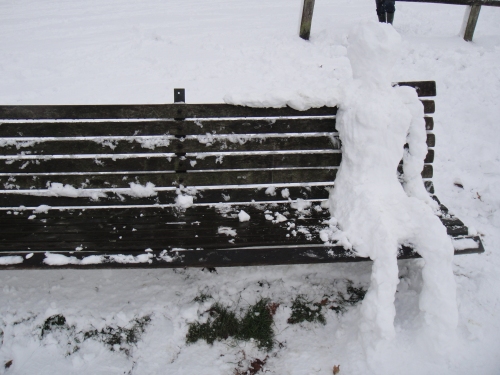 Earlier there were reports that roads in Kingston were being closed and buses were being sent back to depots, also traffic was backed up to Kingston Bridge. In Teddington cars were struggling to make it up the incline on the central bridge.

Generally traffic is moving along the slush-filled roads but very slowly. Heathrow and Gatwick are closed but the weather is expected to improve throughout the day although the nightly freeze will make roads and pavements very dangerous again. 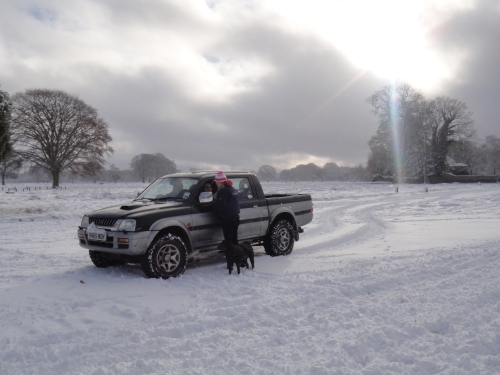 Teddington Essentials may have some stock of plastic sledges left if they aren’t already sold out. If motorised transport is proving difficult then there’s always the old-fashioned four-legged variety! 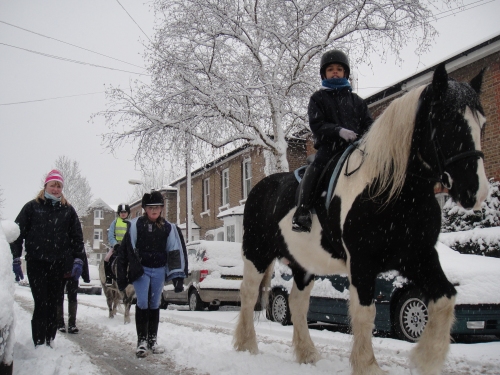