Managers of Bushy Park have now agreed to keep one of the main car parks open after an outcry following proposed plans to turn it back into parkland. Those opposed to the plan stated that the success of the new Pheasantry Cafe meant that plans to replace the spaces with other car parks would have to be looked at again.

Planners are keen to make it clear that this is only a “mid-term solution” and that the Upper Lodge Road car park will still be reduced in size shortly and eventually be dug up and returned to grass once the new replacement car parks are being fully utilised. This car park will only be available as an overflow facility during weekends and public holidays and closed at other times – perhaps leading to confusion and tailbacks from cars expecting it to still be open.

Royal Parks have said that they have found a solution which “strikes a balance between protecting the park and providing appropriate facilities for park users” and also that more needs to be done to signpost and highlight the new car park access through the NPL site. 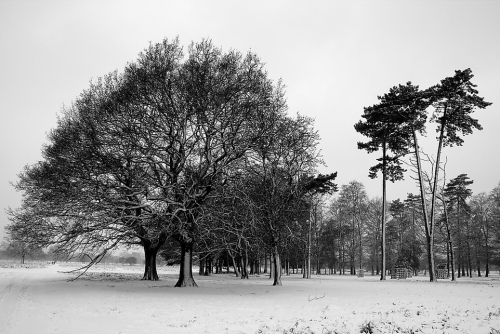 Bushy parkrun is held each week on Saturday and last week was no different – runners braved the cold temperatures to enjoy a special race on Christmas day itself.

Bushy Park was busy all weekend with families taking a Christmas stroll but they may not have realised that an impressive 530 runners (including 62 first timers) turned up early on Saturday to run in somewhat difficult and icy conditions underfoot. Many runners completed the race in Santa outfits and a Reindeer, Elf and Christmas pudding were also spotted running in a wintry wonderland.

The race itself wasn’t without incident – Mark Gratton marked the occasion of his 200th parkrun with his first fall on the course (no permanent damage was done!) and Sean Renfer of Elmbridge RRC won for the fifth time. Full race report can be found here. 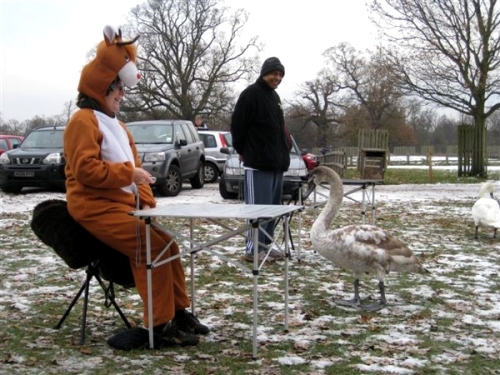 The latest DogWatch newsletter contains some sad news – a Swan was attacked and killed by a dog in the park. A witness saw a Staffordshire bull terrier-type dog off the lead near Heron Lake (in contravention to the nearby signs), charge onto the frozen lake and grabbed a swan by the neck. Despite efforts to save it, the swan died later at Shepperton Swan Sanctuary. This attack occurred on Tuesday 7th December at approximately 11:30am.

In a separate incident on Monday 13th December, another dog off the lead ran onto the ice and fell through it – the dog’s elderly owners in helping their dog out of the water also fell through the ice and were later treated for hypothermia. All park users are advised to not walk on iced-over ponds and streams in the park because it can vary in thickness without warning. 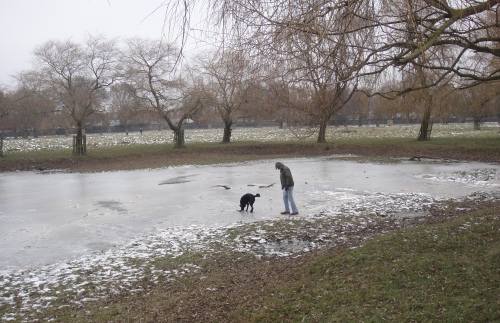 Dog-owners can be prosecuted if they cannot control their dogs whilst on or off the lead. In particular the wildlife found around the various ponds in the park are particularly vulnerable to attack which is why signs around the ponds specify that dogs should be on their leads in these areas. Police patrols will be stepped up to ensure these rules are being followed.