The 2012 Olympic road race route which ends with a spectacular sprint to Buckingham Palace has been officially unveiled this week.

The race will start and end at the Mall, taking in the City of Westminster, crossing the Thames as Putney and then head out into the Surrey Hills and various locations across South-West London – criss-crossing Richmond Borough. Local fans of cycling will be delighted to hear that this will include Richmond Park, Twickenham, Teddington and Bushy Park and Hampton Court Palace. 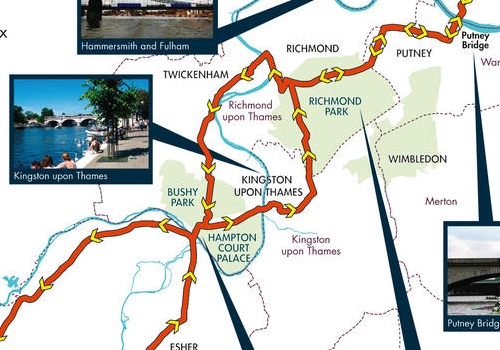 The figure-of-eight section will pass through the area twice and will see world-class athletes power through Teddington and Bushy Park. As this is an event that is unticketed, locals will be able to get their fill of Olympic action for free by lining the route.

The route was originally planned for north London but the International Cycling federation asked for more hills to be on the course to make it more challenging. A test event is planned for August 2011 to allow test runs of road closures and for competitors to cycle the routes under race conditions. Many competitors are expected to take part in this dry-run to gain as much competitive advantage as possible.

[Update] Full race route has been detailed on this map.