The first in a new series of ITV’s House Gift that aired yesterday featured sites from in and around Teddington.

Local couple Bev and Ash had three ‘housegift’ items pitched to them to compete for the chosen item and help them escape from a “bombardment of boring beige“. These were picked from a series of local shops and artists including some in “Teddington: a cosmopolitan bustling suburb“.

The Architects Gallery (Powder Rooms), The Attic in Hampton Hill and an artist’s studio on Eel Pie Island all feature on the program. 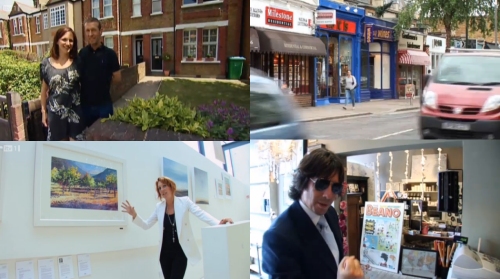 If you missed it, you can catch the program using ITVplayer.

A new TV campaign for the new hybrid luxury car by Lexus (“Join the Quiet Revolution”) features a surreal scene filmed in Bushy Park (Lime Avenue) that the deer probably weren’t too keen on. 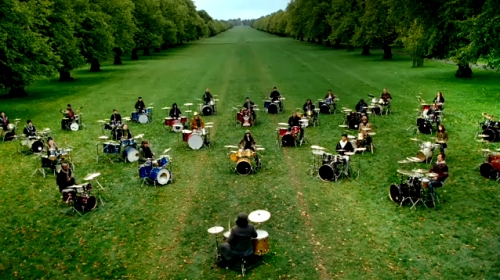