At around 12:30pm today police started rushing towards the Pheasantry Cafe in Bushy Park and began evacuating public from the area.

A suspected WWII bomb has been found in the grounds and police have also cordoned off roads and surrounding areas to all park users. Chestnut avenue is currently still open at time of press. 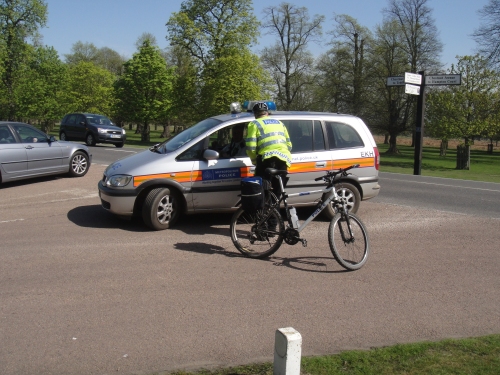 The area was a target for bombing raids during the Second World War due to the American Camp_Griffiss and weapons testing facilities at the NPL.

[Update 11th April] See comment below from PC Lewis – a suspected WWII munition was uncovered behind the cafe by Park agency gardener so the area was evacuated as a precaution. After examination by police it was considered safe shortly afterwards (now thought to be an old gas cylinder).