Despite the show finishing today, traffic heading to and from the direction of Hampton Court will continue to have difficulties – this time due to road works.

The Teddington gate to Bushy Park will be closed to road traffic from Monday 11th July for approximately 5 days for much-needed resurfacing work to the park entrance. During this time only through-traffic will be affected and park-users can still access the car parks and sports clubs but via the opposite entrance (Hampton Court side). 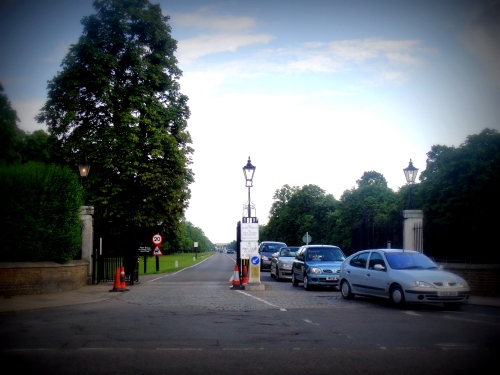 Also during the following week, the Hampton Court Gate will also be closed for approximately 5 days for similar repairs. Pedestrian gates should remain open during these times.

Local groups are expressing concern about the August 14th ‘test run’ for the Olympic Cycle Road Race – letters sent to residents who live within 400m of the route mention that race-route roads will be closed for 8 hours as well as disruption for parking and access to nearby roads. Emergency access is being queried as well as the length of the road closures which will effectively cut Teddington in half on the Sunday in question.

More updates are to follow but the Olympic Organising Committee have now said that the 8 hours the letter refers to is a maximum time. For the actual race next year, the iron park gates may also be temporarily removed to allow avoid a bottleneck for competitors.

[Update] Royal Parks today emailed groups linked to Bushy Park with more clarification – Chestnut Avenue will be closed from the evening of Saturday 13th August all day Sunday and then re-open on Monday 15th August 2011. The race itself will pass through Bushy Park at approximately 9:30am on Sunday. More info will be available nearer the time on this event website.