London’s latest English Heritage blue plaque was unveiled recently on the side of a Teddington building to commemorate mountaineer pioneer Edward Whymper.

Mick Fowler, mountaineer and president of the Alpine Club and descendant Bill Whymper unveiled the blue plaque during a special ceremony a hundred years after Edwards death.

Whymper was arguably the best-known climber of the golden age of British mountaineering in the mid 1800’s. He led the first ascent of the Matterhorn although he was always haunted by the death of four of his climbing companions during this ascent. He is described an English Heritage historian as ‘more at home in the inhospitable peaks than in the company of others” 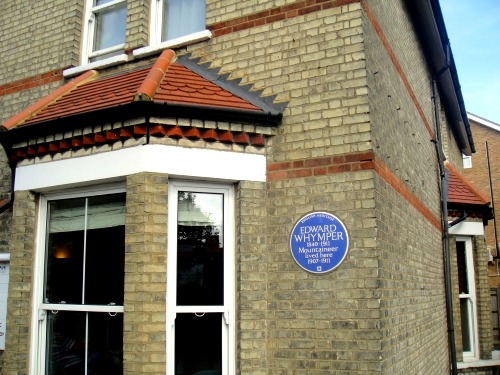 At the time the climb was thought to be impossible but Whymper’s determination, climbing skills and knowledge of the Alps through his sketches all helped him to be the first to reach the summit. Edward lived at 82 Waldegrave Road with his wife Edith who was 45 years his junior and together they had a daughter who also went on to become a mountaineer.

This family home has now been converted into a business that could be of use to those partaking in extreme sports these days. Waldegrave Clinic has chiropractors, physiotherapists and complimentary therapists that can help patients with back pain, muscular and joint pain and rehabilitation and sports injuries. Their highly knowledgeable and skilled practitioners have helped the clinic join only a handful of practices nationally that have been awarded the Patient Partnership Quality Mark.