A fire broke out tonight at The Loft tonight just after 8pm.

Neighbours raised the alarm and fire engines were soon on the scene – breaking in the through front door to bring the fire under control. The fire appears to have been in the rear of the shop near the office. 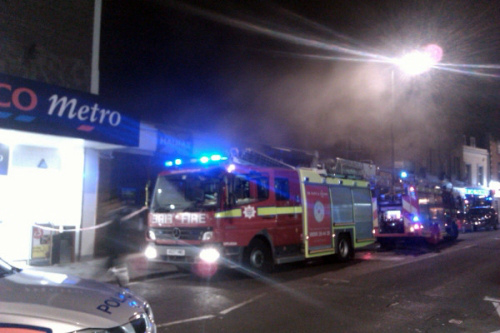 Smoke pours onto Broad Street which was closed whilst fire-fighters attended the scene, diverting traffic to nearby roads. Photo: Twitter user 3rde 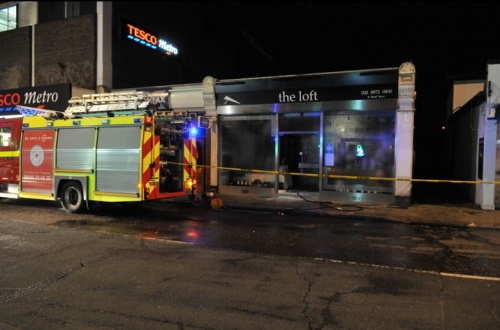 [Update] More details from Richmond & Twickenham Times – the fire was in the store room and destroyed some Christmas stock.

Despite initial concerns, the fire damage is limited and the shop re-opened on Saturday 22nd October.

0 thoughts on “Fire at The Loft closes Broad Street”