Here is a summary of the latest news from Police teams for Teddington Ward. As the year draws to a close, general crime figures in the most recent period (April to October) are actually 4% down on the preceding year

High numbers of bicycle theft are still a concern and residents are urged to have their bikes marked for free at pre-arranged events or by appointment. Police ‘tracker’ bikes have also been used to arrest two bicycle thieves.

Over a thousand bikes have been stolen in the borough this year – an increase in 7% from last year. As well as thefts from sheds etc, thieves try to target high-end light-weight bikes that are sometimes left outside cafes/shops unlocked because owners don’t want to effect their speed by carrying heavy locks. 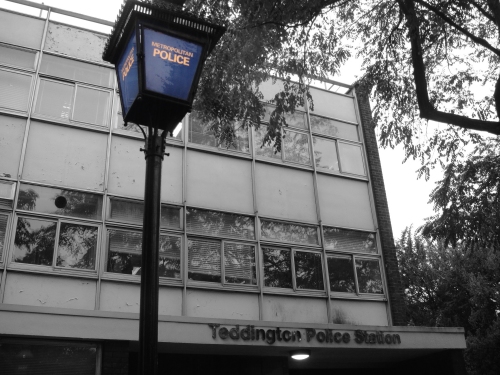 Shoplifting offences still occur in numbers – mostly at weekends, one prolific shoplifter however who stole from several shops including over £900 of cosmetics from Teddington Boots was arrested and ordered to pay back compensation to the shops affected.

A rise in shop-breakins (particular from rear of premises) to steal cash and other items has been noted. 25 residential and 18 non-residential burglaries have been noted in the ward in the last six months.

Two young females have been carrying out distraction burglaries in the area – particularly in recent weeks in Hampton and Teddington, have finally been arrested whilst attempting to carry out another burglary in Teddington.

Owners of a high street convenience store have been in talks with police about their license and should take notice of police advice – a supermarket in Hampton has recently had its alcohol license revoked after a police sting caught them again selling booze to underage drinkers.