Teddington will finally have its “toothless” station footbridge refurbished in early 2012.

The Teddington Society has pressured SWT to update, re-paint & glaze or just replace the ageing bridge for some time now. Vince Cable has added to this pressure and has reported that work will start early next year starting with scaffolding being put up in mid February.

The footbridge has been a sore point for many years with peeling paint, missing windows and any that remain not being cleaned.

Cable: “I am told that … the work will involve full decoration and refurbishment of the footbridge both internally and externally together with replacement of the windows with ones which are easier to maintain.” 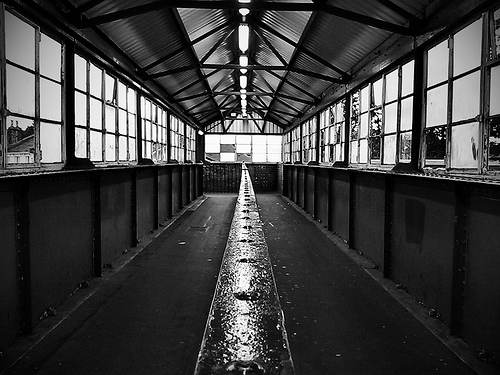 The footbridge is a particular embarrassment because it is often the first impression that visitors experience when they visit the town. Although this clearly hasn’t scared too many people away judging by the flattering “Metro Moves” article in last weeks Metro.

Teddington is described in this as “an area offering a perfect balance between town and country” along with valuable assets such as Bushy Park, good commuting, excellent schools and then a breakdown of property prices to expect. Alongside the article is an advert for Hamptons International which is to move in to the office currently occupied by Fielding Gould.

Plans for the demolition of the previous Queen Dowager pub (North Lane) and building of 5 x 4 bedroom houses have now been submitted to Richmond Council.

In addition to the loss of the Waldegrave Arms (also to be turned into residential use) this will be one less pub in the area, but one that consistently struggled to keep up with other high street competition with several different landlords and temporary management companies all trying in vain.

Recent marketing of the pub has not successfully found either a lease or freehold manager so Youngs have decided to instead apply to turn the site into residential housing. Work has already begun on the site including removing a several large trees in the beer garden.

[Update 24/12/2011] Thanks to those who have emailed this info. Q Developments have published some images from proposed plans for the residential development of the Kingston Road ex-Shell garage site. Plans include 3 x 4 bedroom family townhouses, 4 x 4 bedroom contemporary family houses and one 2 bedroom flat. Plans will be submitted to Richmond Council soon and be available online for comment. 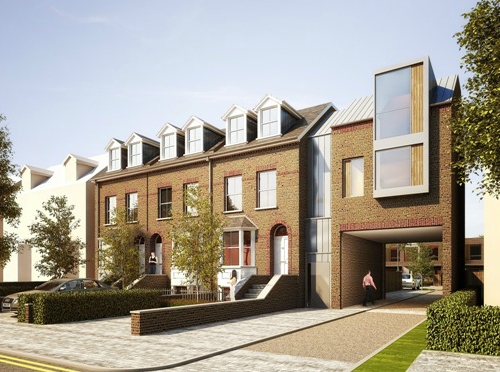