Families strolling by the river on Christmas day had an unexpected present this year – a seal had swum to the lock and was chilling out next to the Thames. 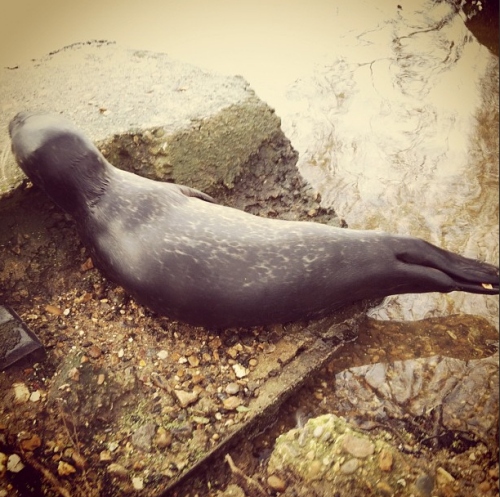 Seal’s are quite a rare site at the Lock, but occasionally turn up and mill about to catch fish before heading downstream again back to the sea.

This one was still in the area on Boxing Day – spotted near Kingston Rowing Club (towards Kingston Bridge) and to onlookers seemed a bit weak so the RSPCA were called to assess. 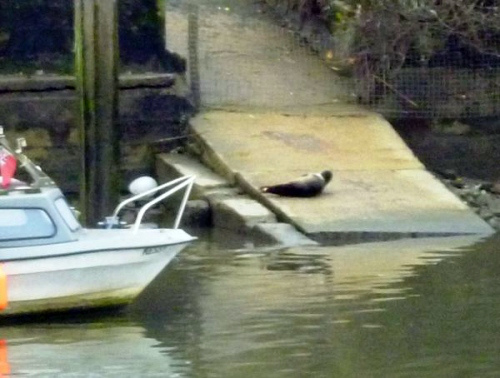 Another couple of sightings on Tuesday – by the Anglers beergarden beach and a nice closeup.

[Update 27/12/2011 5pm] The seal has just been caught by a diver so that it can be transported to a nearby otter sanctuary. Onlookers have gathered from talking to the attending police that the seal was actually released after staying in a animal rescue centre in Taunton! The young female seal has had quite a journey and lost it’s bearings swimming down the Thames. 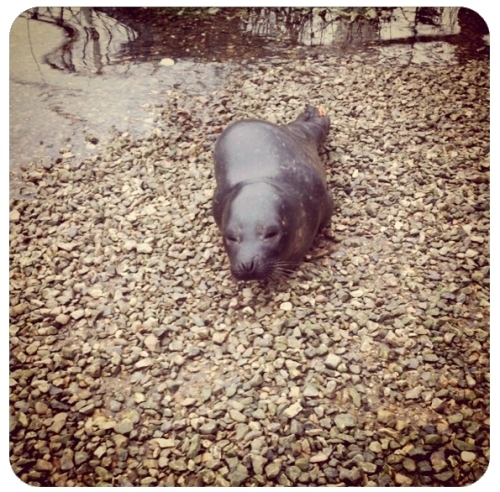