Dave Gilmore is running the “Toughest footrace on Earth” – the Marathon des Sables this April.

This Ultramarathon covers 150 miles over 6 stages (days) across the Sahara desert, southern Morocco. As if the distance and heat doesn’t make it difficult enough, each competitor has to carry all of their own kit (bedding, clothes, food, cooking equipment) in temperatures sometimes exceeding 50C. The longest stage (day 4) is 84 Km which is 2 regular marathons back to back. 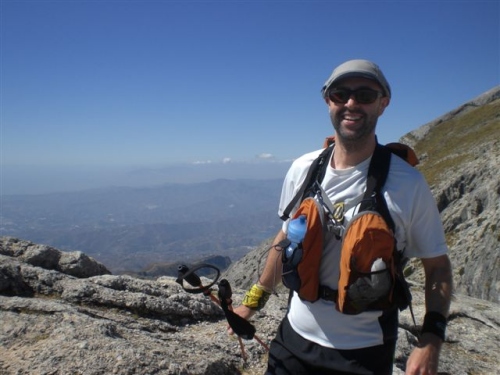 Despite describing himself as “no natural athlete”, Dave is competing in this extraordinary race to raise money for St Wilfrid’s Hospice and Macmillan, 2 charities that looked after his Mum when she fell ill with lung cancer. You can help Dave smash his £8,000 target by donating online here.

His training is done mostly in Bushy and Richmond Park, so if you see someone running along Teddington High Street wearing a backpack, water bottles and as much clothing as they can physically fit in, it’s probably him on his way to a long training session!

Dave has a great team of supporters that include his family, friends but also Physio & Therapy who have helped get him back on his feet after many an injury and barman Dermot from the Adelaide pub who has been ensuring that his nutrition is kept up to speed and who is also collecting donations from a charity bucket on the bar.