The highly acclaimed Riverside Opera will be performing an evening of opera classics at the Landmark Arts Centre on Saturday 17th March 2012.

This innovative opera company have previously brought high quality opera to audiences at the Richmond Theatre and the Menuhin Hall in Cobham. At the Landmark they will be staging a unique evening of opera, accompanied by the acclaimed orchestra Musica Poetica London. 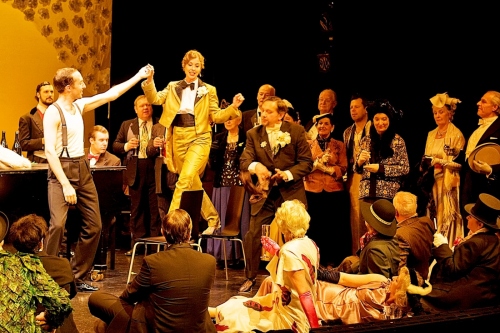 If you have visited the newly opened Langdon-Down museum and marvelled at the Victorian Normansfield Theatre, you can experience it as it will have looked in its hey-day at several performances over the coming months.

Carmen will be performed here this weekend on the 18th/19th February 2012. Also back by popular demand, the Paper Moon Theatre Company proudly present another trip down memory lane into the wonderful world of traditional Victorian Music Hall that includes a mélange of song, dance, magic and laughter (March 17th).

‘I Do Believe’ (24th-25th March 2012) is a play with a magical twist, a piece of theatre which reveals that children still believe in fantasy and fairytale. Performed by a cast of 17 children and 3 adults and complimented by historical images and classical music, this production is a charity premiere presented by a talented original cast from the Twickenham Theatre Workshop.

Finally on the 26th of May 2012 by six amazing actors, four of whom happen to have Down’s syndrome, will be performing Shakespeare’s most famous play – Hamlet, at the Normansfield Theatre 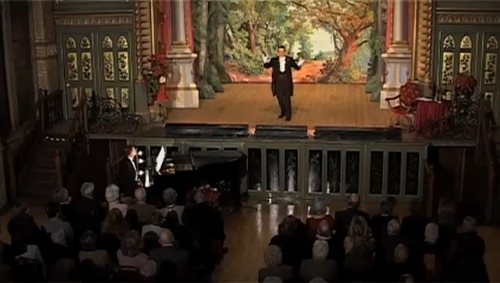 As part of the Richmond upon Thames Libraries Charles Dickens 2012 bicentenary celebrations, Teddington Library will be hosting an evening with author Essie Fox on Wednesday 25th April 2012 (6-7pm).

Essie’s book ‘The Somnambulist’ is a gothic mystery with much of the action taking place in Victorian East London – in a grand garden square, and the threatening docks, as well as Wilton ’s music hall, a crumbling but magical theatre still in existence today. With many illustrations to give a sense of time and place, Essie’s talk will discuss the places, people, inspirations and themes that occur in her historical novel, with ample opportunity for any questions afterwards.

Teddington Theatre Club who perform at Hampton Hill Playhouse have a varied and exciting new season programme starting with “A Different Way Home” by Jimmie Chinn, a former member of TTC, from February 26th – March 3rd. The season continues with Present Laughter (Noel Coward), My Own Show (Lesley Bruce), Privates on Parade (Peter Nichols) and Women of Troy (Don Taylor).

For those more scientifically-inclined, as part of the National Science and Engineering, NPL is hosting “Improbable After Dark” on March 10th, an Ig Nobel Event “honouring achievments that first make people laugh, and then make them think” with speakers that will include many scientists and several QI ‘Elfs’.