Once again the NPL Open Day has dazzled and educated the estimated 3,000 visitors to the laboratory complex that carries out work that affects many aspects of our daily lives.

The NPL’s primary objective is to improve the accuracy of measurements and support UK businesses. It does so by employing world-class scientists – many of whom had an exhausting but enjoyable day of hand-gesturing and translating complicated processes into layman’s terms for the visiting public!

Various antenna and acoustic testing chambers were the most visually recognisable experiment areas. The liquid-nitrogen produced ice-cream was as popular as ever, earning the crowd a chance to rest their brains before they continued their educational tour. 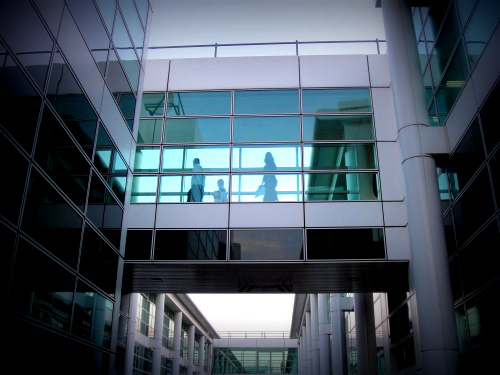 One innocuous-looking room holds the atomic clock and bank of servers and devices that pump out the time signal that calibrates over a million radio-controlled clocks in the UK. A secure room in another lab holds the UK’s copy of the universal Kilogram weight – one of the seven base units of the International System of units (SI).

Although there were a multitude of labs open to the public with interesting and thought-provoking displays and experiments, some remained closed and only the extraordinary name plates on the outside hinted at what lay beyond. Our favourites were: Strontium Optical Lattice Clock, Time Transfer, Creep of Metals, Acoustal Wedge Storage and of course the unforgettable “Multifunctional Materials through to F8L21 Multiferroics and Spintronics”.

Proudly displayed in the main reception are many various accolades and awards that the centre and staff have received over the years and some unique memorabilia including Alan Turing’s work card and some punch cards from the ACE (Automatic Computing Engine) – one of the world’s first electronic stored-program computers. Also if you ever wondered how long a piece of string is, it’s actually 319.442mm.

Recent Open Days have proved to be so popular that they may now be held every two years.