It has been recently noted how staff at Teddington police station are doing well despite battling staff shortages due to heavy ongoing London aid requirements and the successful move of several PCSO’s to become full-time Police Constables.

There has been a spike in the number of high-value and custom-built bikes stolen in the area over the last few months. Police are currently investigating whether this might be linked to competitive cyclists using GPS devices to post their times and cycling routes online. This could be one way that thieves are pin-pointing the exact locations of bikes if their start & end point of journeys are available on cycling enthusiast websites.

Night-time police patrols and the arrest of a particular male in Ham has resulted in a large drop in night-time criminal activity in the area – he has been linked to sexual assaults, robbery, burglary and theft from cars. 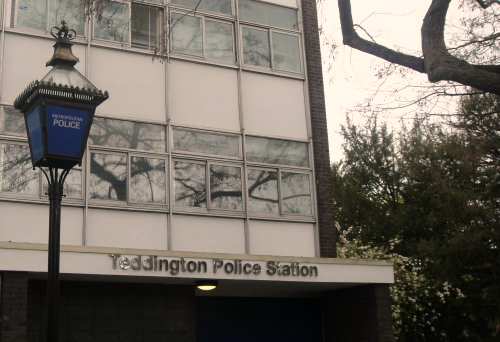 The spate of BMW’s being mysteriously stolen from driveways has spread to this side of London – somehow criminal gangs are unlocking BMWs without first taking the owner’s electronic keys. Another crime on the increase is the theft of tools from vans parked across the borough particularly during the day as tradesmen visit areas to work.

Recent trials in the media have mentioned Teddington: a city banker’s sexual assault trial and a Teddington-based private investigator was one of four recently jailed for ‘blagging’ and unlawfully obtaining confidential information – found during a recent investigation linked to NOTW hacking scandal.

For online crime prevention advice and up-to-date news from local police, Richmond Met Police now have a Twitter account you can follow and police are also recommending reading this crime prevention website, written by a retired police officer.

[Update 26/04/2012] There have been reports of another aggressive door-to-door salesman in Teddington (selling dishclothes & other cleaning equipment) that has damaged gardens after being turned away. If you have any experience with aggressive salesmen please call 999 to report it.