The recent Trolleybus 50 open day at Fulwell bus garage was a huge success and drew many visitors to the area to commemorate the anniversary of the last Trolleybus service.

Hosted by Nicholas Owen, the Mayor was in attendance at one of her last public engagements, MP Vince Cable also dropped in to join 12,000 other visitors that helped raise approx £10,000 for two local charities. It shouldn’t be forgotten of course that the bus garage was open as usual and the fleet of 120 buses still managed to run on time for the whole day! 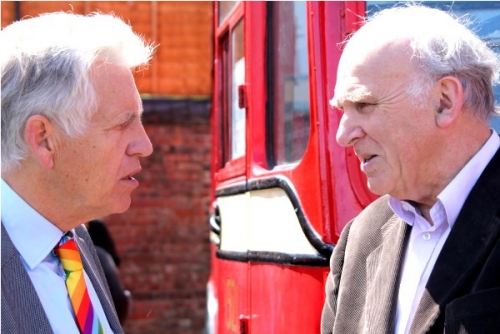 A wide selection of historic buses and support vehicles were on show for families and children to happily clamber over and look around – the first time for some young visitors and bringing back memories for the older crowd. Some historic buses looked out-of-place in Bushy Park at Chestnut Sunday but as local resident Alan points out, buses used to run through the park on their routes during the 1940’s/50’s – quite the scenic bus route. 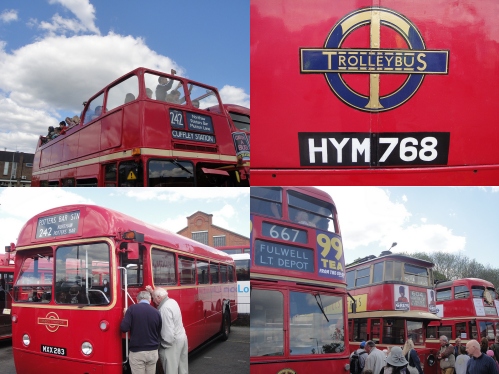 The weather always has a strong bearing on how well attended Chestnut Sunday is and the relentless rain in the run-up to this year’s festival was casting a shadow over the weekend. Fortunately this stopped before the weekend with enough time to dry out the ground and the sun shone strongly on the day.

Over 10,000 people (and slightly more than last year) lined the route of the parade and joined in the fair and displays afterwards in the park. The usual suspects paraded along the historic Chestnut Avenue (designed by Sir Christopher Wren) including classic cars, military vehicles, police horses, historical actors and marching bands. 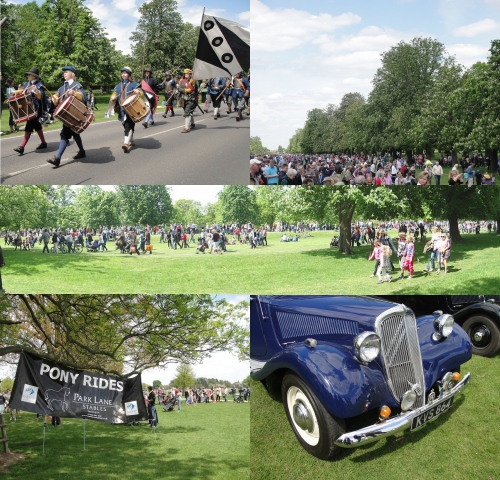 There are plenty of Jubilee & Olympic events coming up for the area (news to follow soon) but in the meantime put this in your diary for next weekend. On June 8th-10th, Friday to Sunday, The Teddington Society and local businesses are hosting a Charity Celebration Weekend to help raise money for local charities.

Various goodies will be available in and outside shops on stalls and there will be live music, bubbles & balloons, quizes & games, raffles, 1940s tea party, design a tiara, cupcake competition and more!

Also on June 10th is this year’s Teddington In Flower where private gardens are open to the public to also raise money for local charities and not forgetting the first charity Vet4Life Dog Olympics – even if you are not entering any events, please register your interest if you are planning on attending.