It was a dream come true just to be playing at Wembley but Collis Primary School (representing Brentford) exceeded even this by beating Oldham Athletic on Saturday to become the League 1 Kids Cup winners of 2012!

The weather couldn’t have been more glorious on the big day – illuminating the teams on the hallowed turf after progressing through local and regional finals to the famous ground – becoming the cream of the crop from 1,800 schools and 15,400 pupils that took part. 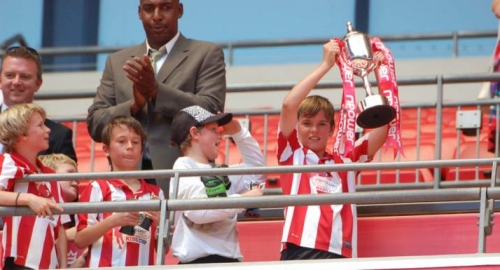 Parents, teachers families and friends turned up to cheer on their teams and those who travelled from Teddington weren’t disappointed after Brentford went 1-0 up just before half-time with a goal from Hal Busfield. Various close shots failed to change the score-line and the Collis year 6 players proudly lifted the cup after a presentation in the Royal Box. 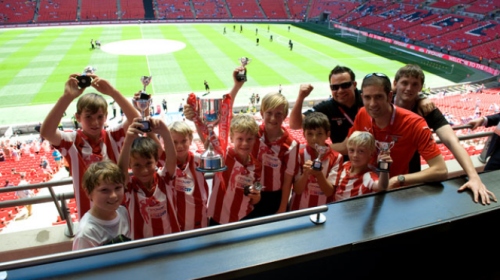 Both teams also were honoured to be flag bearers for the following nPower League 1 play-off final between Huddersdield Town and Sheffield United. Brentford captain Matt O’Riley also won Man of the Tournament for Brentford and also plays for Fulham’s academy.