The filming that has been taking place in Teddington since last week is set to continue – mostly focussed on interior shots of The Teddington Arms.

Hartswood Films are recording scenes for new BBC1 comedy “Me and Mrs Jones” in the area and the filming at The Teddington Arms means that the pub will remain closed until  [updated] Thursday. As well as interior shots at Teddington Studios, other nearby locations to spot when the series airs are Adelaide & Albert Road.

There will also be some outdoors shots with actors on the High Street. The pilot for the series was filmed in November 2011 also nearby in BoHo Boutique and again in the Teddington Arms. 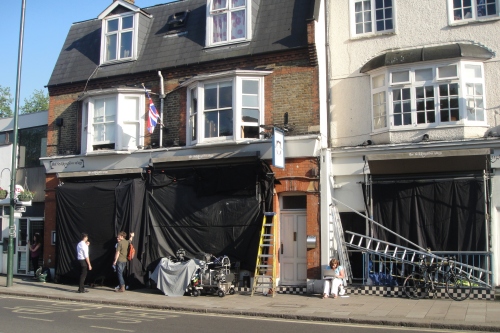 Based at Twickenham Studios, Hartswood Films is one of the UK’s longest running and most acclaimed independent production companies with hit shows under its belt ranging from the recent hit Sherlock to Coupling, Jekyll and Men Behaving Badly. 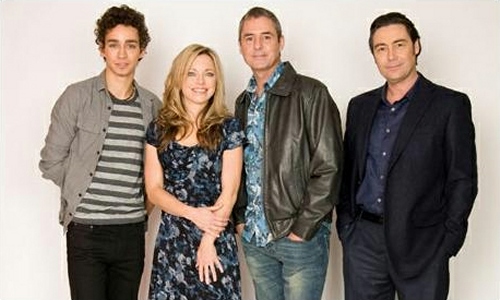 Recently put-up-for-sale Twickenham Studios had a lifeline thrown when a mystery buyer put a deposit down to purchase the site and retain the studios, but has since pulled out of the deal for unknown reasons. Campaigners are still buoyant that a buyer will be found to save this historic studio.

One such advocate is Martin Freeman, who has added his name to the campaign to save the studios – he talks here about why they are so important to the industry and how his association is strong not just through the show he recorded there but how he grew up nearby in Teddington.