A year has passed since the major refurbishment of Tesco but cyclists are still puzzled by some of the design choices.

Not long after re-opening, many cyclists soon realised that they were finding no place to secure their bikes during shopping due to the smaller number of racks filling up quickly – cut from two to one ‘toast racks’ at the front and rear of the store (the rear one on particular not well used because it isn’t secured to the ground).

[Update] The the racks in the car park have now been secured but unfortunately too close to the bollards to use all available spaces. 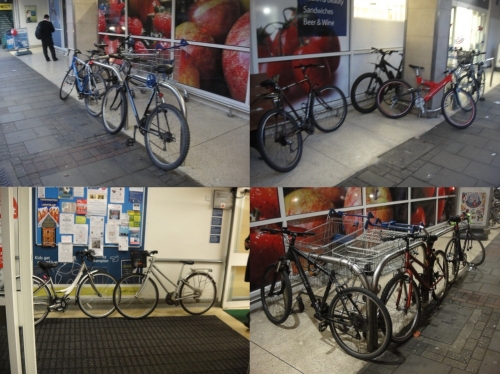 Since the change, the lack of racks have led to bicycles being regularly chained to the newly installed bench, existing trolley parks, other nearby street furniture. On some days bikes are also actually left inside the Tesco store itself so local management must be aware of the severe lack of spaces. Cyclists have noted that there is plenty of space at the front and rear of the store for more parking to be installed.

Tesco customer service have been asked via email about the issue to highlight this problem but no response was received. More recently via Twitter the official answer is that there are “no plans at the moment to increase the number of bike racks“. 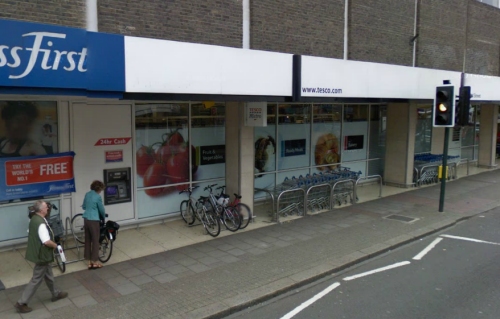 Cycle racks before the refurbishment

This issue seems to be contrary to Tesco’s official green credentials and in particular the benefits of cycling – as seen here on Tesco’s own “Greener Living” Get Cycling page and Tesco’s own strategy which includes a “commitment to communities and the environment.” Other Tesco stores also sport more sturdy racks but it’s not clear what the decision-making process is behind cycle storage at any stores.

If you are effected by this issue or wish to help highlight the problem you can sign this online petition that will be presented to Tesco.

[Update 29/09/2012] Tesco have replied to an official letter & petition with the following. So it appears as though they will now consider at least restoring the cycle parking that was previously present. 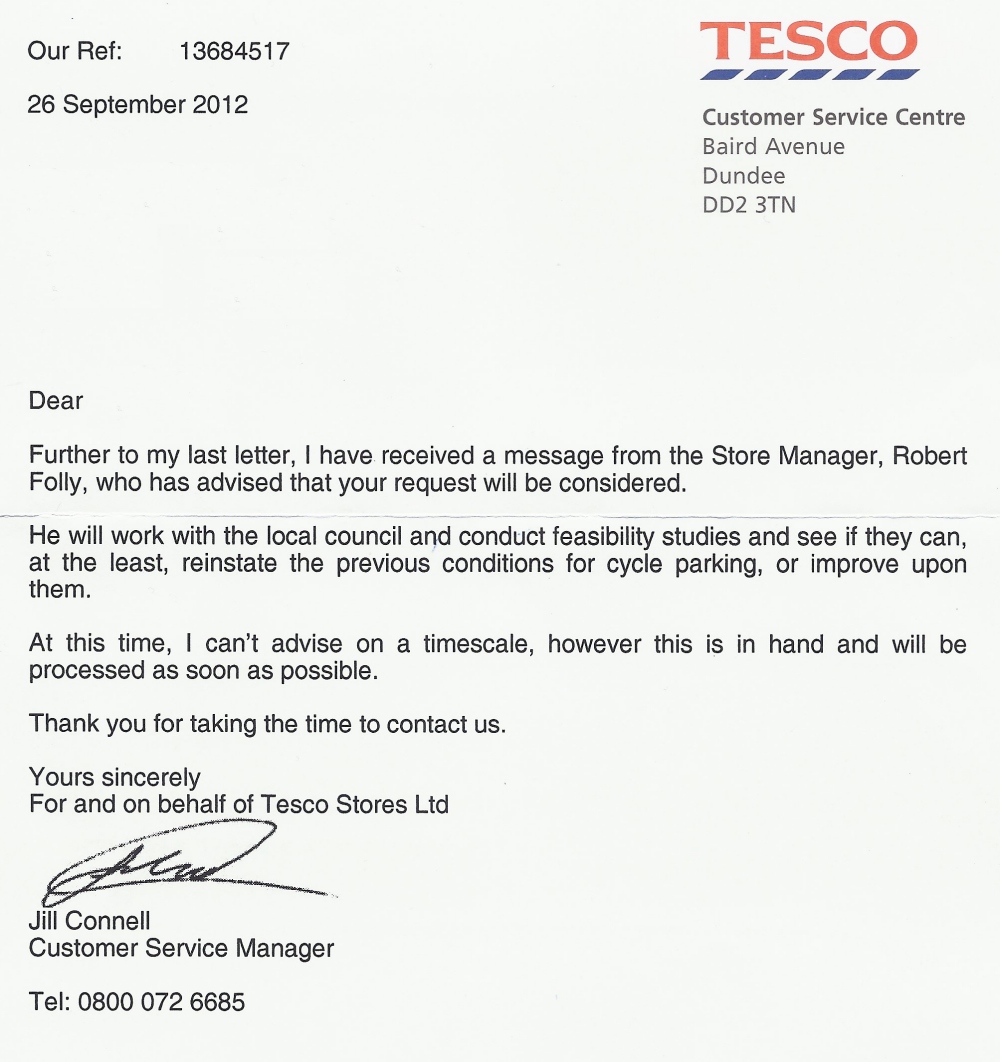 [Update 07/06/2013] Whilst cyclists still struggle to find room to secure their bikes, Tesco have responded to further requests for an update on this matter:
“Our system shows that these facilities were being used by members of a gym near by. The Manager has tried to stop this from happening and has been in contact with the Manager of the gym in order to try and resolve this.”