A new blue plaque has been added to the wall of fame at Teddington Studios.

John Sullivan (OBE) who succumbed to pneumonia in April 2011 at the age of 64, was an iconic comedy writer responsible for writing hugely popular comedies such as Only Fools and Horses, The Green Green Grass, Just Good Friends, Citizen Smith and Rock and Chips. His down to earth shows made household names of the stars and the story lines are still as memorable now as they were when originally graced our screens. 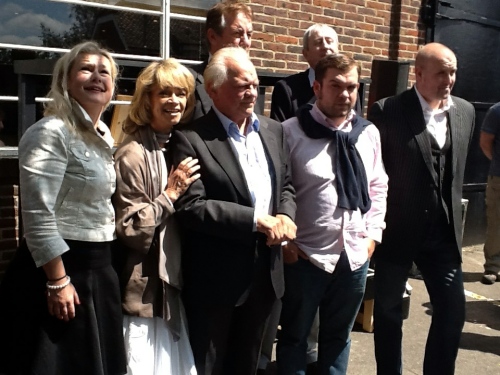 BBC Director-General Mark Thompson: “John had a unique gift for turning everyday life and characters we all know into unforgettable comedy.”

David Jason led the plaque unveiling ceremony which was attended by a cast members from John’s shows including Only Fools & Horses and The Green Green Grass, all of whom turned up to pay tribute to the man that David has described as our “greatest comedy writer“. A lunch at the Lensbury followed the ceremony where money was raised for the Bomber Command Charity. 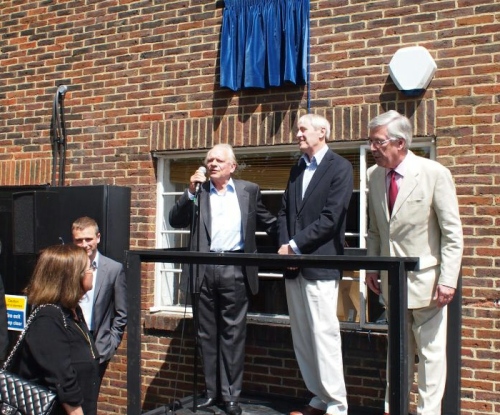 Video of the ceremony: